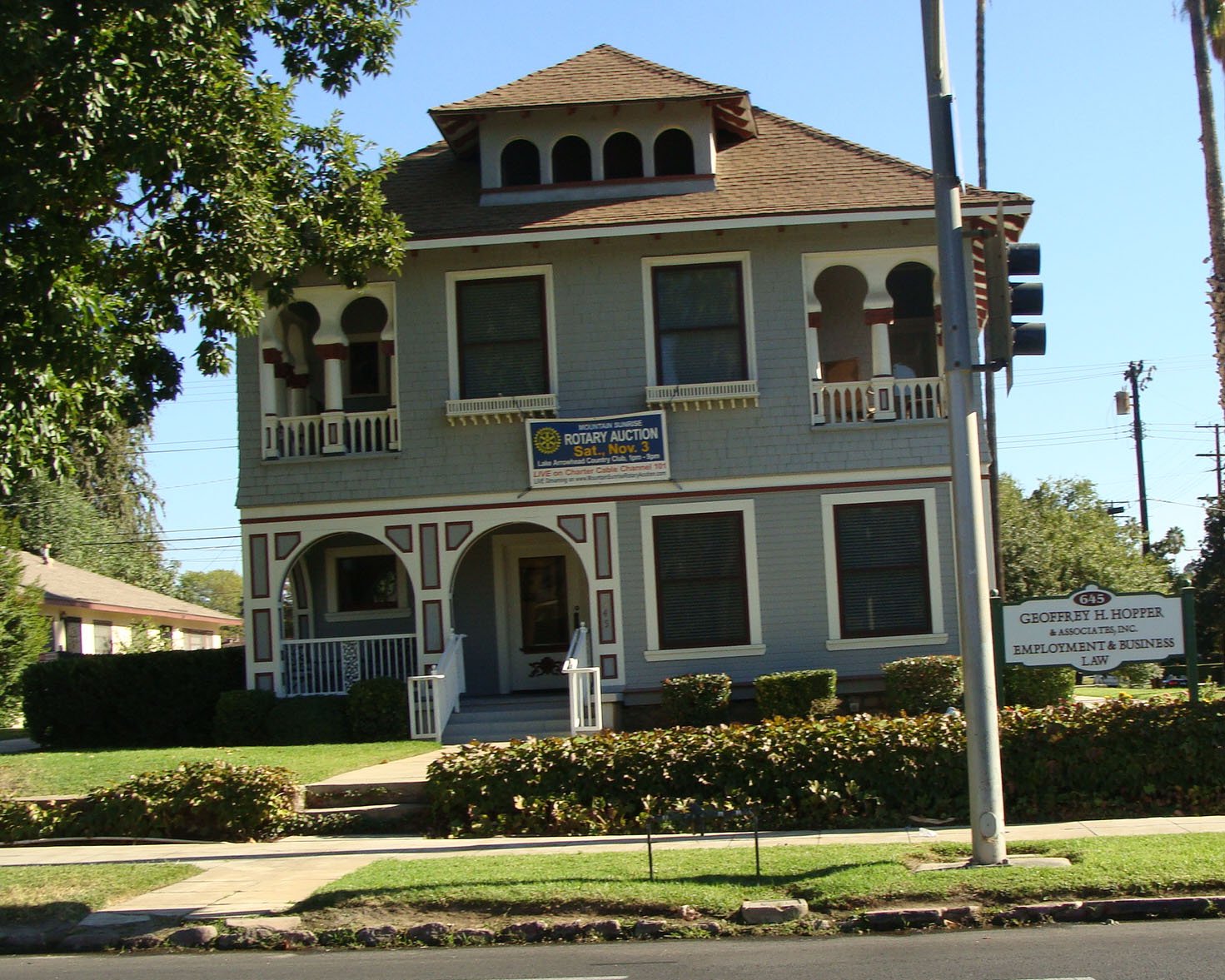 The structure at 645 Brookside Avenue occupies a prominent comer at the intersection of Brookside Avenue and Center Street. This building was originally constructed as a residence and in 1983 was converted for use as a professional office. This Classic Box style home is two stories in height with a hipped roof. The eaves are supported by decorative brackets. The first story has clapboard siding while the second story has shingle siding. An inset porch framed by arched supports is located on the left side of the front of the home. The main entrance is reached by concrete steps flanked by solid piers. The front door is wood panel with a solid pane window and decorative accent. To the right of the doorway are a pair of double hung windows. A second pair of double hung windows are centered on the second story. The second story comers contain balconies wi,th decorative arched pillars and wooden railings. A hip-roofed dormer extends from the middle of the roof and contains four arched vents. The home is supported by a cutstone foundation and a cutstone retaining wall.

The original address for this home was 375 Brookside and a water connection was issued on March 10, 1902 to Hoge and Gaylord who appear to have been involved in real estate. There is no building permit on file and, judging from the assessor’s records, it appears that the home was constructed in 1909 with additions in 1910. The first city directory which mentions this address was in 1911 when William and Sybil Bidwell were residents. The Bidwells resided here through 1917 and his occupation is listed as an orange grower. The home was vacant in 1919 and occupied in 1921 by Frank and Rose Hinckley. The Hinckleys also were orange growers and the city directories list them at this address through 1936. In 1939 the home was again vacant and in 1941 it was owned by the LDS Church. In subsequent years there were a variety of occupants. In 1983 a permit was issued to Ron Chambers, Rosalie Thome and Robert Lynn to convert the home to commercial use. The building is now owned by Raymond Siddons and Randall Norris and is the location of Redlands Psychological Services.

We commend Raymond Siddons and Randall Norris for their continued adaptive reuse of this structure.