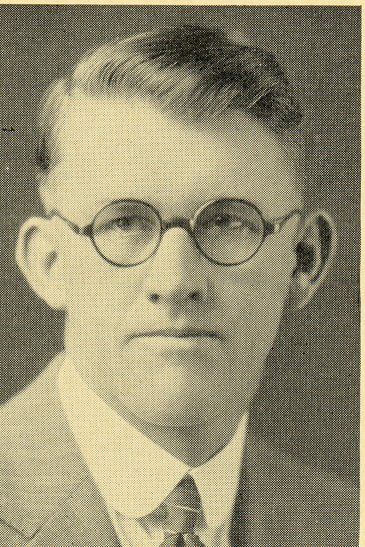 FRED ARTH, prominent citrus grower, and Catherine Yost Arth, possibly the city’s foremost worker in Parent-Teacher association circles, were married in Redlands in 1915. They became acquainted while both were students in Redlands high school, from which he was graduated in 1906 and she in 1907. Mr. Arth was born on a farm near Gettys­burg, S. D., on Feb. 20, 1887. His father was Peter Arth, a successful orange grower of this community and member of the city council, now deceased, and his mother Mrs. Elizabeth Arth, who resides today at 8 Park­wood Manor.

When Mr. Arth was about four years old, in 1891, his parents came to Redlands for Mrs. Arth’s health. Born in a German set­tlement, Fred Arth couldn’t speak English when he entered Lugonia school. “I don’t know what the teachers did with me,” he laughs, today, “but it must have been a struggle.” In 1902 he entered Redlands high school, graduating in 1906. Grove work took most of his time before and after school, but he did manage to devote a little to do Christian Endeavor work in the First Congregational church, serving as local president.

After graduation from R. H. S. in 1906, he immediately went to work caring for groves, and a year and a half later bought eight acres of unimproved land on which he raised melons and berries. In this way he ob­tained his start as a citrus grower, setting out Valencias and navels as his funds permitted. Later he cleared 10 acres of virgin soil of cactus, sage brush and juniper trees, graded it, hauled rocks from the river bottom for flumes and planted this also to Valencias and navels. Today through his own tireless efforts, Mr. Arth is the owner of 100 acres of citrus land, located in Redlands and Tulare county, as well as other property about the city.

He is president of the Santex Protective association, largest oil association in the state located in one place. Vice-president of the Redlands Heights Groves, he has served for the past 20 years as director of various pack­ing houses in the California Fruit Growers Exchange – the Royal Knight, Crown Jewel, Redlands Heights Groves and Redlands Co­operative association – moving from one to another to further the interests of the ex­change. Recently he was appointed director of the San Bernardino county branch of the Federal Land bank.

He is an officer and director of the First Congregational church and a director at the Y. M. C. A, serving as chairman of the building and grounds committee. He is an enthusiastic volleyball player at the “Y” and seldom lets anything interfere with his play­ing twice a week. One of Mr. Arth’s recent accomplishments and one of the most enjoyable events of his life was the gathering together in 1936 of virtually all the living members of his high school class for a 30-year reunion at his beau­tiful home, the old Hornby place, on Cedar avenue. Some came from as far away as Pennsyl­vania to greet their former schoolmates. Among the honored guests was Lewis B. Avery, now of Oakland, who was principal of Redlands high school at the time the Arths attended it. Another reunion will be held in 1941.

Catherine Faye Yost was born in Santa Ana and came to Redlands in 1900. Her father, Charles Yost, conducted a blacksmith business here for years, later moving to Oasis, where he engaged in ranching. Her mother, Mrs, Mary J. Yost, a native daughter of California, lives on the corner of Brochon aond Clay streets in this city. In ad­dition to Mrs. Arth, she is the mother of Mrs. David Huckaby, Mrs. Percy Hicks and Leland Yost, an Oasis rancher.

Mrs. Arth went to Kingsbury school, where the “Mother’s club,” forerunner of the pres­ent P.-T. A., was in progress. In high school, she was one of the charter members of the Ecclesia literary society and, as center and guard, participated in C. B. L. basketball games. During school days, she assisted as clerk in Smith’s Oriental Art store ‘and following her graduation in 1907, she, worked for a year in the high school cafeteria. In 1910, the second year the University of Redlands was in exist­ence, she attended that institution, then drop­ped out to remain at home with her mother.

She was married to Fred Arth in 1915. They are the parents of four sons: Donald Peter, a sophomore at U. C. L. A.; Charles Robert, a student at Occidental college; Mau­rice Phillip, a junior at R. H. S.; and Leland Clarence, a student at junior high school.

Long a member of the Contemporary club, Mrs. Arth is at present a member of the board of directors, serving as chairman of the house committee. She is also an active worker in the First Congregational Church. 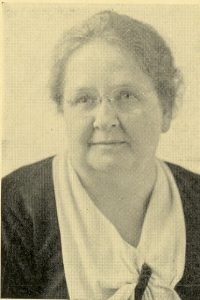