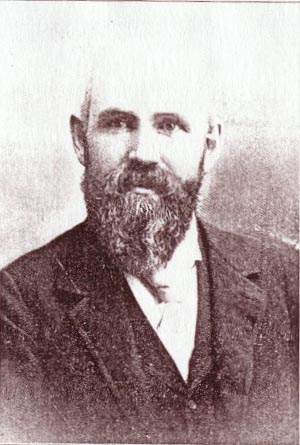 A native of Vermont, where he was born, July 28, 1857 at Reading, Charles F. Bailey graduated from the Academy at Woodstock and commenced the study of law at Felchville, when twenty years of age.  Removing to Iowa in 1880, he attended the law department of the State University, graduated the following year and was admitted to the bar.  For two years Mr. Bailey was county attorney of Grundy County and practiced his profession at Grundy Center until he came to California and to Redlands in 1892, after a preliminary trip the winter before.  Since that time Mr. Bailey has been engaged in law practice in this city.  He was married June 12, 1888 at Grundy Center to Miss Laura E. Wells a native of New Hampshire.  At the school election in June of the present year, Mr. Bailey was elected one of the trustees of the Redlands School District.  He is a trustee of the Congregational Church, secretary of the Royal Arch chapter of the Masonic order and a member of several social organizations.