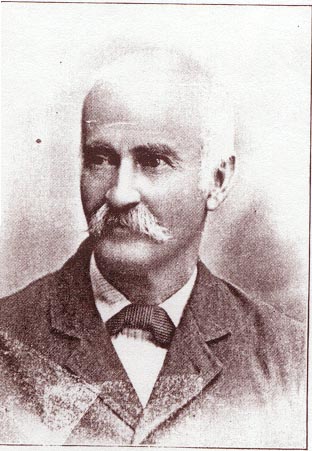 Among those residents of Redlands who saw hard service during the civil war is Leon Benson.  Born in 1839, near Lockport, N. Y., he lived at his birthplace until June, 1861, when he enlisted, as corporal, in the 3d New York Cavalry, with which regiment he afterwards saw a great deal of hard riding and fighting.  His first experience of this sort was in the Shenandoah Valley, where the Union Cavalry was engaged with Ashby’s famous Black Horse Cavalry.  Thence he went to North Carolina, under Burnside, immediately after the capture of Newbern, and did scouting and raiding through the pine wilderness of that state.  In this service he was wounded three times, once severely.  After other service of a like character with General Foster, Mr. Benson was with General Kantz (under Grant) around Petersburg and Bermuda Hundred.  Early in the war Mr. Benson was promoted to be lieutenant.  He resigned on account of ill-health after serving more than three years.  In 1866 he went to Michigan and was for several years engaged in business in that state and in Iowa. On coming to California he resided for several years in Los Angeles and San Diego, and came to Redlands in 1886, in time to see the city grow from very small beginnings.  He purchased his present home, in the Residence Tract, when Judson & Brown first laid out the city.