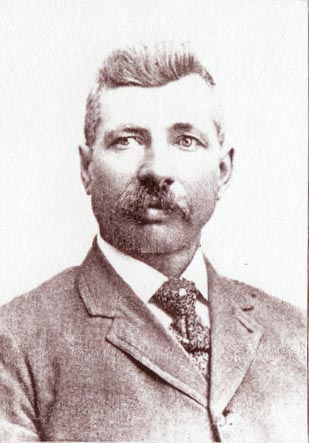 Milton L. Black is a native of Ohio, where he was born in Preble County in 1853, but spent his boyhood near Ottawa, La Salle County, Ill., to which place his parents had removed.  Having learned telegraphy, Mr. Black was employed for twenty years by the C. R. I. & P. Railroad Company as operator, agent, and agent for the U. S. Express Company.  He served four years of this time in Utica, Ill., four in Atchison, Kansas, and twelve in Brighton, Iowa.

While still in this employment he purchased a ranch in Redlands in 1890, had it improved and came here to live in 1893.  This ranch is in a very pleasant location, and now has nearly fifteen acres in bearing naval oranges, making a desirable property.  In 1880 Mr. Black married Miss Emma Dodds, a native of Massachusetts, but living at the time of her marriage in Elgin, Ill.  Mrs. Black died in Redlands in 1893.  Their four children are living with their father in Redlands, and Mrs. Black’s mother and sister are also members of the family.