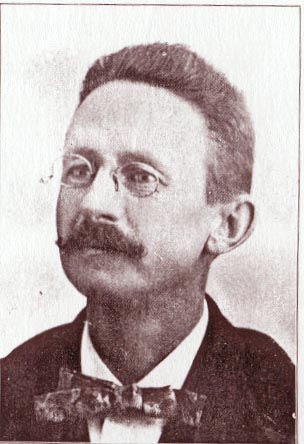 The first dentist to locate in Redlands was Albert D. Brainerd, who opened an office in the Union Bank block, in February, 1888.  Mr. Brainerd was born in Greenfield, Mass., January 16, 1856.  His early education was obtained in the common schools and the high school of his native place.  There, also, at the age of twenty years, be began the study of dentistry, a profession which he has followed ever since.  In 1884 he came to California and located in Los Angeles.  He went to work in the office of Dr. Wells, one of the leading dentists of the Southern California metropolis.  After a thorough course of study and practice in Los Angeles he came to Redlands as above noted.  He remained in this city practicing his profession, until 1893, when an intended visit only, to the East, was taken, but resulted in his remaining in Massachusetts until 1895.  In that year he returned to Los Angeles, and, after a year’s practice there, again came to Redlands and commenced in business in the office where he is now located, over Gillis & Spoor’s drug store, corner of State and Orange streets.  Dr. Brainerd was married in August, 1888, in Los Angeles, Ca., to Miss Jennette Kelly, a native of Greenfield, Massachusetts. They have two children, both boys, one born in Redlands and the other in Massachusetts.