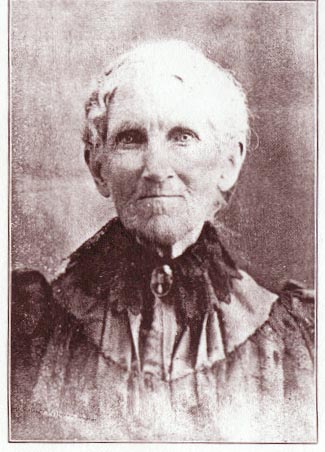 Mrs. Eliza P. R. Crafts, who came to reside in this valley in January, 1838, located with her husband at San Bernardino, and who has been active ever since in Christian work in this neighborhood, was born at Unadilla Center, Otsego county, N. Y., in 1825.  Her maiden name was Eliza P. Russell, and her early education was acquired in the district schools of her native place and at the Troy Female Seminary, from which she was graduated in 1847.  In 1848 she became vice-principal of a seminary in Hillsboro, Va.  After leaving this seminary she organized, in 1851, a select school for young ladies, near Ellicotts Mills, Md.

Failing health compelled her to leave this place after one year’s teaching.  Miss Russell then went to the home of her brother, Rev. A. B. Russell, in Plaquemine parish, forty miles below New Orleans, La.  There she taught school on a sugar plantation until her marriage, June 6, 1854, to Ellison Robbins, of Unadilla, N.Y.  After a bridal trip to their native place, Mr. and Mrs. Robbins came to California, and lived for three years at Santa Clara.  In 1857 they moved to Los Angeles, and then to San Bernardino, as above noted.  Soon afterward they opened a Sunday School (the first Sunday School in the county), with twenty-five pupils, and took into it a melodeon, which Mr. Robbins sent around the Horn in 1854, and which was the only one in the county.  Mrs. Robbins was the one person in the place who could play the instrument.  It was also used in a Good Templars lodge, which they started in 1862, and it is now at her home on Palm avenue and still serviceable.  In March, 1864, Mr. Robbins died, two years and a half after the birth of their only child, now Mrs. R. B. Canterbury.  Sometime afterward Mrs. Robbins married H. M. Crafts, who then resided a short distance out of San Bernardino, and who was also active in Christian work.  For the next twenty-two years Mrs. Crafts resided with her husband at Crafton.  Their home place was widely know as “Crafton Retreat.”  There Mrs. Crafts engaged in missionary work among the Indians, teaching them to read and write and instructing them to household work.  She also started a Sunday School for their benefit, and added her “mite” in common with others in forming the first church society in Lugonia.  At the death of Mr. Crafts, in September, 1886, she went to live with her daughter, with whom she still resides.