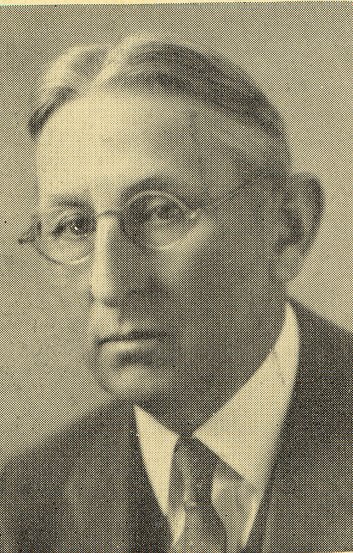 ANDREW N. DIKE, of the well-known firm of Dike & Co., has been actively en­gaged in the real state and insurance busi­ness in Redlands for nearly 45 years. Mr. Dike was born in Cleveland, Ohio, on March 11, 1870. When he was a small child, the family moved to Kansas and lived there until he was 10. At that time he came with them to California, where he lived successive­ly in Downey, Elsinore and Los Angeles. In the latter city, he was graduated from Wood­bury Business college in 1888.

The next year he came to Redlands and worked for some months in the setting out of new orange groves. Later, when the town of Alessandro was laid out, he worked there as a member of a surveying crew. Deciding to go to college, he entered University of Southern California, but had attended only a year when his health made it necessary for him to return to Redlands.

Here he went into the real estate business with H. W. Timmons. After three years he formed a partnership with C. H. Hoge, and this firm operated, successfully until 1901, when Mr. Dike formed a new partnership with the late J. H. Logie, who came to Redlands, that same year.

The firm of Dike & Logie was for many years one of the most prominent in the city’s business circles. Among other accomplish­ments, the two men laid out Alvarado street, and Mr. Dike built the first house on it for his own home. Together, they subdivided a large amount of property in Redlands and Huntington Beach.

In September, 1909, with H. H. Ford, G. A. Atwood, E. M. Lyon, B. B. Harlan and M. N. Newmark, Dike & Logie formed the Redlands-Yucaipa Land Co., bought the Dun­lap ranch, which was part of the old Rancho San Bernardino, the Houghton estate and other land in the valley and established the present town of Yucaipa.

A Yucaipa property owner himself, Mr. Dike planted one of the first orange groves in that section. He is president of the Yucaipa Water Co. No.1, a director of the South Mesa Water Co., the Western Heights Water Co., and the Yucaipa Domestic Water Co. He has been a representative of the Phoe­nix Insurance Co. since 1896.

In 1897 he was married in Redlands to Jennie E. Twigg, daughter of Mr. and Mrs. James H. Twigg, who came to Redlands from Vermont in 1891. They have four children.

Raymond J. Dike is associated with his father in business. Princess, now Mrs. Rus­sell Goodwin, lives in Redlands. Philip L. Dike, a prominent western artist is at present associated with the Walt Disney Studios in Hollywood. Harold E. Dike is working in the office of Dike & Co.

The family home is at 221 East Cypress avenue, where the Dikes have lived since 1909 in a home built by B. F. Jacobs, a man prominent in the early life of Redlands.

Mr. Dike has, since his arrival in Redlands, been an active member of the First Methodist Episcopal church, serving it as a member of the official board and as superintendent of its Sunday school for 26 years. He is a member of the Redlands Kiwanis club and is actively interested in all philanthropic organizations of the city.