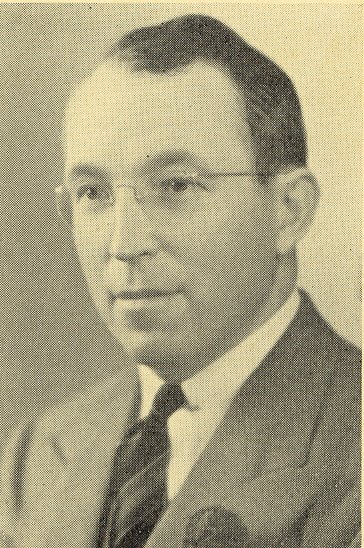 ONE OF AMERICA’S foremost exponents of the philosophy that the economic health any community or nation would be bettered if 1,000 citizens each owned his own place of business or farm rather than having one man own 1,000 places of business or farms, is Milton M. Gair, prominent Redlands clothing merchant.

He felt very much encouraged when the Supreme Court recognized that one of the ma­jor causes of the depression is that profits from stores functioning under absentee own­ership are continuously extracted from the towns and trade territories that contributed them, which cannot help but cause a progres­sive drying-up of local buying power and cen­tralization of wealth. Because history proves that no civilization can endure under absentee ownership, Gair is getting the support of some of the major ex­ecutives in America on his contention that a sound, permanent national recovery is impos­sible unless retail profits are allowed to remain in the towns and trade territories that give them.

In the interests of his ideal, Gair has ap­peared more times on the California senate and assembly floors than any other man not a politician. During the fight over the Fair Trade act – later upheld unanimously by the United States supreme court – Gair made three trips to Washington. He was one of four men on the Pacific coast to be called to the recent conference of Small Businessmen by the president. As a result of his study of mass buying, he has a personal invitation to the freedom of the House of Commons of Canada. He has addressed many national conventions, and is constantly called upon to speak on business topics at gatherings of all kinds throughout the state and nation.

Also an enthusiastic- advertiser, he has seen many of his store ads picked up and reproduced in major magazines of this country and  England. His is the only retail institution in America, large or small, that has ever “dent­ed” Esquire’s “Apparel Arts.”

He comes from fighting stock. His grand­father, James Gair, came to Louisiana from Scotland in 1848, joined the American army immediately, went away to the Mexican war and died at Vera Cruz. His father, Hugh Gair, was born during his father’s absence and never saw him. Milton is himself the youngest of three boys, all of whom partici­pated in the World war.

Born in Oak Park, Ill., March 25, 1900 (which he insists was the day before the po­lice force was doubled), Milton attended school there until the war broke out, when the mother and he moved to San Diego, where he was graduated from high school in 1918.

Ignoring three appointments to Annapolis and one to West Point, obtained by state­wide competitive examinations, in his zeal to get into the service, Milton joined the army and was sent to the University of Redlands as a member of the S. A. T. C. When the war ended, he remained, played football and baseball, became a member of Pi Chi and was graduated in 1922 with an A. B. in economics.

At noon on the day of commencement he went to work for E. D. Reid & Co., selling men’s clothing. In 1928, he bought an inter­est in the firm. Today, in partnership with Orland J. Fowler and George M. Bugbee, he owns the store.

Gair was married on June 16, 1924 at the First Baptist Church in Redlands, to Grace K. Bugbee, of Texas, who majored in music at the University of Redlands and was graduat­ed in 1923. Their children are Shirley, 10, and Gordon Milton, 5, and their home is at 350 Alvarado street.

First president of the Commercial Club, Gair is now a director, and also a director of the Chamber of Commerce. He is a member of the American Legion and Kiwanis club. His hobbies are hunting and fishing.