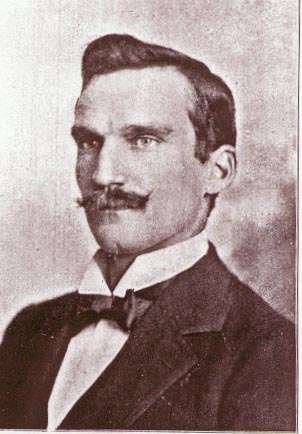 Harry Gregory was born at Sterling, Province of Ontario, Canada, June 16, l871, but at a very early age, removed with the rest of his father’s family to Illinois, where he resided, in Montgomery county, until he came to Redlands in 1885. In the family that came here at that time there were five brothers, all of whom are still living in Southern California. They had followed farming in Illinois and they took up orange growing on coming to California.

Some three years ago H. Gregory entered upon his present business as a dealer in hay, grain, wood, coal, etc., purchasing the business then owned by W.T. Leedom & Co., and located on Orange street, north of the Santa Fe railroad.  November 1st. of this year Mr. Gregory moved a short distance to a new and more commodious establishment, at 408 Orange street, corner of Orange and Stewart, and nearly opposite the former location.  This he built for himself, to accommodate his rapidly increasing business and now owns.

Here he has ample room for carrying on an extensive business in the commodities above mentioned.  He also handles oil and gasoline and all kinds of grain and field seeds, such as oats, Egyptian corn, barley and alfalfa.  His alfalfa seed is grown in Utah, which produces a cleaner and better quality than that grown in California.  Mr. Gregory deals in Caledonian, Wellington and Alberhill coals.  The Caledonian is a New Mexico coal; the Wellington comes from Australia and is a harder coal than that mined in New Mexico.  This coal is sold at the same price as that mined nearer home, a fact which illustrates the cheapness of water transportation as compared with transportation by rail.  The Alberhill is an Elsinore coal, and is sold at $7.50 per ton.  Its consumption is increasing in this city.

Most of the hay sold by Mr. Gregory comes from the Yucaipa Valley, but about one-fourth is shipped in from Winchester, Perris and San Jacinto.  Redlands used little or no hay from coast points, as that grown on the uplands of near-by sections is cleaner, brighter, sweeter and altogether better than that grown in the moister coast regions.  Mr. Gregory has established himself in a profitable and growing business in these lines, and has a splendid equipment for carrying it on and making it successful.

In 1899, Mr. Gregory purchased the First Congregational Church located on the corner of The Terrance and Church street and converted it into his home. 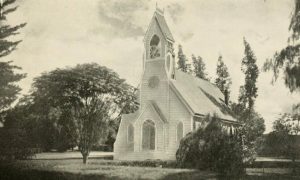 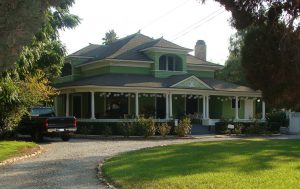 In 1901 Harry Gregory married Katie May Clark. He died in 1929 in Anacortes, Washington.