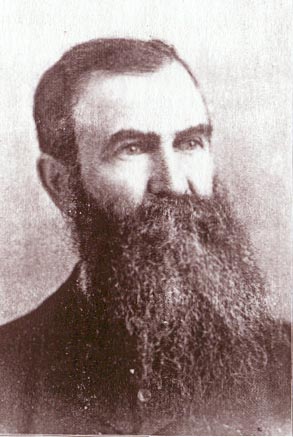 A familiar and respected form upon the streets of Redlands for several years of its earlier history was that of Ira C. Haight, who came to Riverside October 8, 1875 and to Redlands seven years later, residing here until his death, March 1, 1897.  Mr.  Haight was born in Cohocton, New York, April 11, 1830, and in the course of a very active life, lived in several different States.  While a resident of Michigan he was married to Miss E. Alzora Green, also a native of New York, who survives him and is still living in Redlands.  With his brother, A.D. Haight, now of San Diego, he lived at Mound City, Kansas, during the Kansas famine and the struggle to make Kansas a free state.  His sympathies were with the abolitionists and he was an intimate friend of Jim Lane, John Brown, and others of the active partisans of the time; was familiar with their plans and could afterwards relate many thrilling incidents of the border struggles.  After the civil war Mr. Haight lived for several years near Jacksonville, Fla.  Not liking the climate of that state he removed to North Carolina, where he was engaged in mercantile business until he moved to California.  Coming to Riverside in 1875, Mr. Haight was one of the pioneer orange growers of that now famous orange producing section.  He moved to Redlands in 1889 and was senior member of the Haight Fruit Comany.  In April, 1891, by appointment of President Harrison, Mr. Haight became postmaster of Redlands and held the office for the succeeding four years.  During his incumbency the office was enlarged and removed to its present location on Orange street.  In his earlier life he had held many offices of trust and honor in eastern States.