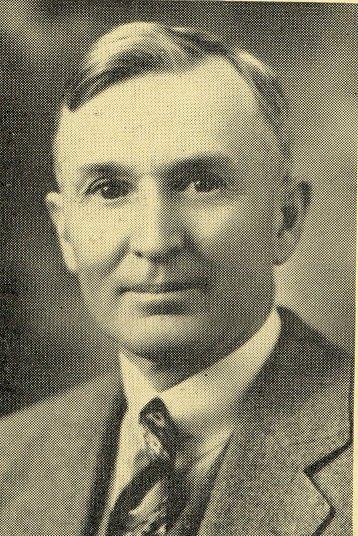 In 1908 George S. Hinckley was appointed to the position of city engineer of Redlands, although there was some objection to giving the job to “a mere boy.” This job, with additions, he has held continuously dur­ing the 30 years since. During this time there have been few major or minor projects in the development of the city which have not borne the stamp of his effort and skill.

A few months before taking this position George Hinckley and Edith Parker were mar­ried in Pasadena and they established their first home on Grant Street. Since 1920 they have lived at 1011 North University Street.

George Hinckley was born in Oakland, the son of a civil engineer, Frank Hinckley, who brought his family to Redlands in 1883 and who was prominent in civic affairs until his death. George went through the city school system, taking an active part in football and track while in high school. He graduated from Pomona College and then did graduate work in engineering at Cornell University and at Purdue University. For one year he worked for the Southern Pacific railroad in Oregon, returning to Redlands to engage in private practice. He worked for the company that was making additions to the electric car sys­tem of Redlands, also for the county and for several private water companies.

One of his first tasks was the construction of the Mission storm drain and from that time on the list of the jobs which Mr. Hinckley planned is a good indicator of the progress of Redlands. In 1913 the city bought the Do­mestic Water Co., and gave its engineer the task of installing the water mains that form the basic part of the network of pipes in use today. Two years later he was appointed to the county highway commission, which was entrusted with the work of putting in the county’s first well-paved roads, financed by a bond issue. Another highlight in his busy career came in 1931, when he supervised the installation of the city’s sewage disposal plant, which is one of the most efficiently operated in the state.

When the effects of the depression began to be felt in San Bernardino County, George Hinckley was made chairman of the relief commission which operated in 1932 and 1933. The commission quickly mapped out a program of flood control work in the Santa Ana river basin and when the Civil Works administration was created by the Federal Government, this project was one of the first to be approved.

Edith Parker was born in Massachusetts but grew up in Pasadena, where her father was prominent in the early development of that City, Her New England ancestry could appropriately be described as – “Farmers and judges, soldiers and professors; never the dis­possessed nor great possessors.” She graduated from Pasadena high school and from Pomona College, took a year of post graduate work at Berkeley and taught for two years before her marriage.

Her major interests in Redlands outside her home have been the Contemporary Club, of which she was president for two years, the Scribblers’ Club and the Congregational Church. She has made an avocation of writing and a number of her poems have appeared in anthologies and magazines. She has published two volumes of verse, “Snow-In. Summer” and “God Bless Us Everyone.”

Mr. and Mrs. Hinckley have three children. Horace Hinckley, the only son, is engineer for the San Bernardino Valley Water Conservation district; one daughter, Hilda Hinckley Schlicke, lives in Rochester, Minn., while the other, Irene Hinckley Kupfer, lives in Redlands. 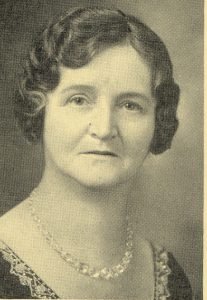