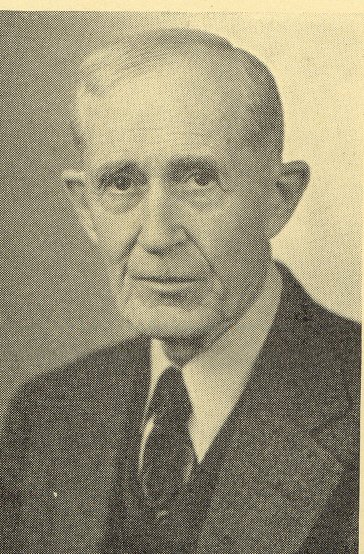 AMONG those who have been contributors to Redlands’ progress is the subject of this sketch. An Englishman, then 25 years old, arrived in Redlands in November, 1897. He had left his home at Plymouth, Devon, five years before to see more of the world. His training had been solely with the view of adopting horticulture as a business and pro­fession. The great West was interesting for a few years and the mining areas were the most glamorous part of it, so Cripple Creek and Prescott, mines and quartz mills attracted for a time. But then, as now, Cali­fornia was the land of opportunity, and being for a few days on Catalina Island a chance fishing acquaintance spoke of Redlands as a place likely to become a resort town, besides its already well developed citrus industry.

A visit seemed to confirm this and he went to work at once as advisory gardener to the Smiley brothers. Then he established plant nurseries and greenhouses, first on Cypress avenue, then on the Enterprise tract and the University tract.

At first it was difficult to obtain needed material in California and this led Mr. Hock­ridge to make large direct importations from Belgium, Holland, France, England and Japan. Rare iris was brought from Palestine, and other rarities from obscure places. At this time the pink Cherokee roses were in­troduced, cyclamen, and many things that were wanting here but are common enough now. Landscape arrangement has always oc­cupied much time and keen interest, and be­sides much done on the older and large es­tates he planned dozens of smaller places in all parts of Redlands and its environs. Much rare nursery stock was supplied to the Hunt­ington estate at San Marino, and to the Los Angeles park system.

The year 1900 stands out because it was then he met Frederica Nelson, a visitor here, who became Mrs. Hockridge. The ceremony was performed by Frederick Foote Johnson, then rector here, and afterward bishop of Missouri. There is one child, Catherine, now Mrs. Don Mitchell, living in Indio. She went through the public schools and afterward graduated from the University of Redlands, then was for several years reference librarian in the Smiley public library.

Except that Mr. Hockridge is usually a member of the Democratic county central committee he has not at any time been a pub­lic official, but did serve on one of the early street tree commissions, the one which secured the appointment of Frank Gore as city for­ester, and which created the deodar planting along West Pioneer avenue, and also secured the removal of many huge trees which stood on street corners, and were a source of danger in the transition period from horse and buggy days to autos. Mr. Hockridge must be one of the best optimists we have, because he says that after 40 years he considers any trip along a Redlands street a beautiful adventure, and though there have been heavy shocks and setbacks from political causes and ab­normal weather, he is sure the glory is in the future rather than in the past.

“In 1913, in January when the whole val­ley was brown and seared from a severe frost and there was not a sound orange left,” he chuckles, “about twenty people met in the home of the late Alonzo Hornby, and formed the Horticultural society to hold flower shows. They rained down their good dollars on the table to make the program possible, held two that year, and except for a brief intermission during the two years of the war, has functioned ever since. That was Red­lands then, and is the way Redlands has met every difficulty.”