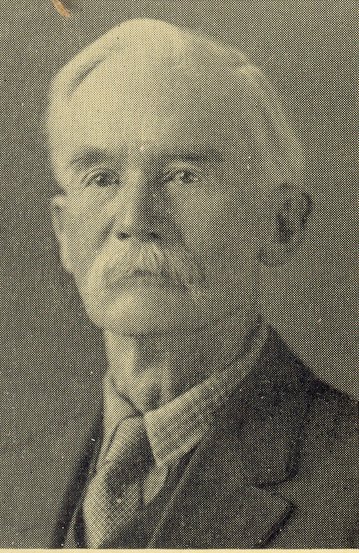 OLDEST FORMER member of the County Board of Supervisors and pioneer ranch­er of the Mission district, where he was clerk of the Board of Education many years ago, is Sidney Voris Horton.

Since 1869, when Horton’s father paid $1, 000 for 40 acres at California Street and Col­ton Avenue, where the new Mission school stands, the name Horton has been prominent in this area. Since 1872 – three years before the Southern Pacific railroad came through San Timoteo Canyon – the Hortons have been outstanding in that region.

Sidney V. Horton, who still resides in the canyon, was born Jan. 4, 1860, at Greenville, Texas. There his father had a 1,000-acre plantation, on which 27 Negro slaves cultivated oats, wheat and corn. Sidney was 10 years old when he started attending classes in the little old Mission school with Joseph M. Cole and other young pioneers. Six years later he went to work on his father’s ranch. At the age of 18 he joined a Southern Pacific section crew at San Gor­gonio, now called Beaumont, and he was with the railroad for seven years.

He was married on July 1, 1885, to Beulah E. Hamner, of Redlands. Together they went to the new Horton ranch near the Vache win­ery. There the elder Horton, having sold his Mission district property in 1872, had ac­quired raw acreage under a patent that was signed by President U. S. Grant. With his father’s help Horton planted oranges, peaches and other fruits on part of the 80-acre tract. They built a home that is occupied today by Hugh Horton, Sidney’s son: who retains 40 acres of the ranch. In 1925 Mr. Horton, known to hundreds of his friends as Sid, centered his own inter­est at a point higher in the canyon, where he has planted five acres of young citrus trees.

Sidney’s brother, Benjamin S. Horton, also a pioneer of the Mission district, is manager of the Tonopah, Tidewater railroad and re­sides at Death Valley Junction.

Mr. Horton was elected to the County Board of Supervisors in 1908 and served two terms. He was chairman of the board during the last two years of his final term. Before that he had been justice of the peace and clerk of the Mission district’s school board.

He has a mountain home in Round Cienega, where he was the first to settle.