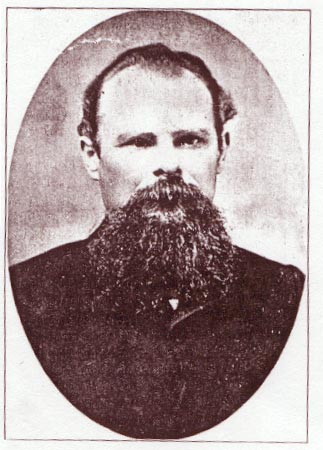 Among former citizens of Redlands, John Hosking, who died in this city December 28, 1893, is well and kindly remembered by all of the earlier residents and by many of those who came later.  He was a native of Cornwall, England, where he was born Feb. 22, 1839.  He was reared and educated for the vocation of a miner, a calling that he followed the greater part of his business life.  In August, 1862, Mr. Hosking came to California by way of the Isthmus.  He at first worked in the mines of Tuolumne county and afterwards in those of Amador county.  In 1870, he was appointed foreman of the original Amador mines, and in 1873 the Sierra Buttes Gold Mining Company appointed him foreman of the Plumas Eureka mines.  Ten years later he was appointed superintendent of the same mines.  He planned much new machinery for use in these mines, for pumping, running tram-cars, etc.

In 1882, Mr. Hosking bought twenty acres of land on Brookside avenue, Redlands, which he planted to citrus fruits the following year.  In 1887 he built the present residence of his family, on of the largest and best of the early history of Redlands.  March 31, 1888, his family arrived in Redlands to make the city their home.  Mr. Hosking was married, August 22, 1863 to Catherine H. Floyd, also a native of Cornwall, England.  Four children were born to them, Richard Floyd, now with the Fay Fruit Company, of Redlands; Ada, who was born in England; James Ernest and Nettie Jonns, born in Plumas County, California.  Mr. Hosking was a Past Grand of Mohawk Lodge, I.O.O.F., No. 292, at Johnsville, Cal., and a member of the Royal St. George order at the same place.  He opened the first Sunday school in Johnsville and was its superintendent until he came to Redlands.  He was a member of the Methodist church.  His widow and childen all live in Redlands at the present time.