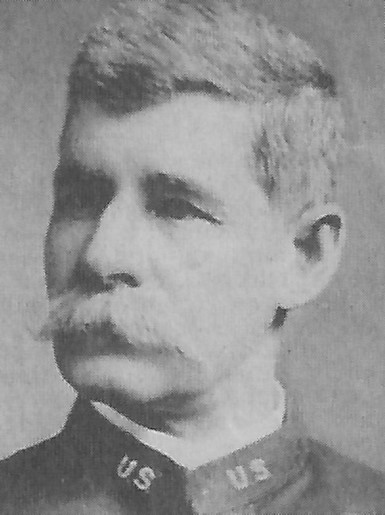 Henry Ware Lawton was born March 17, 1843 in Manhattan, Ohio, now a suburb of Toledo. He grew up in Fort Wayne, Indiana. He had just turned 18 when Confederate guns fired on Fort Sumter in Charleston Harbor igniting the American Civil War. When Abraham Lincoln issued a call for volunteers to suppress the rebellion Lawton and thousands of other northern men responded. On April 16, 1861, Lawton joined the 9th Indiana Infantry regiment as a private. After his 90 day recruitment was finished, he enlisted in August 1861 with the 30th Indiana Infantry Regiment that would serve the duration of the War. He was commissioned as a first lieutenant.

During the next four years, Lawton would see action in more than 22 battles including Shiloh, Perryville, Stones River and Chickamauga. On August 3, 1864, during the Atlanta Campaign, Lawton led an attack against Confederate entrenchments – an act for which he was later awarded the Medal of Honor. As a result of this deed, Lawton was promoted to lieutenant colonel and placed in command of the remnants of his severely depleted regiment which had 412 deaths. The end of the war found him in Texas, where he was part of the force sent to persuade Emperor Maximillian from reasserting Mexican claims to Texas. In November 1865 he was mustered out of the Army.

Lawton returned to Fort Wayne, where he entered into a law office and in early 1866 attended Harvard Law School. In June 1866 at the urging of General Phil Sheridan, Lawton re-enlisted into the Army as a second lieutenant. For the next 20 years, Lawton served in a variety of capacities during the Indian Wars. In the late 1860’s he was quartermaster for the 24th Infantry Regiment, a unit composed of African-Americans. After transferring to the cavalry, he participated in successful campaigns against the Comanches, Kiowas and Cheyennes.

In 1881 he married Mary Craig of Louisville and began a family that would eventually comprise three daughters and a son.  In 1885, having been promoted to captain, Lawton was transferred to Arizona where Apache renegades, led by Geronimo, had left the reservation. In the spring of 1886, General Nelson Miles chose Lawton to lead another expedition to capture Geronimo. Although Miles received most of the credit, he acknowledged in his 1896 memoirs that Lawton’s persistence was a decisive factor.

By 1889, Lawton was promoted to lieutenant colonel in the Office of the Inspector General in Los Angeles. In 1893 he purchased a home and 16 acre orange grove at the covers of Cypress and Sunnyside avenues in Redlands. His wife, Mary was responsible for the day-to-day running of the property, newspaper accounts indicate that Lawton made trips to Redlands as often as possible. In 1898, war broke out between Spain and the United States. Lawton was promoted to brigadier general of volunteers and sent to Florida. He was given command of the 2nd Division and led the U.S. forces ashore at Daiquiri on June 22, 1898. Two weeks later at the battle of El Caney, Lawton’s steadfast refusal to withdraw against the Spanish counterattack decided the campaign. Along with Teddy Roosevelt, Lawton became a favorite of the press, bolstering his standing in Washington.

As part of the peace settlement at the end of the war, Spain ceded the Philippine island to the U.S. But the Philippine uprising caused Lawton to be sent to the islands in January 1899. After his arrival in March, Lawton gained a reputation for his unconventional war methods where he used guerilla and night fighting techniques. He expressed frustration with the timidity of his American commander. One December 19, 1899 he was shot by Filipino snipers. His remains are buried at Arlington Cemetery. Lawton Plaza in Manila was named in his honor and his image later adorned the 50 peso bank note.

After Lawton’s death $100,000 was raised to benefit his family. This allowed his wife to pay off the mortgage on the Redlands property and move back to Louisville. In 1901, the town of Lawton, Oklahoma was named in his honor which is located next to Fort Sill, where Lawton’s one time nemesis Geronimo was imprisoned and buried. 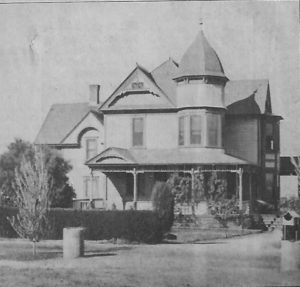