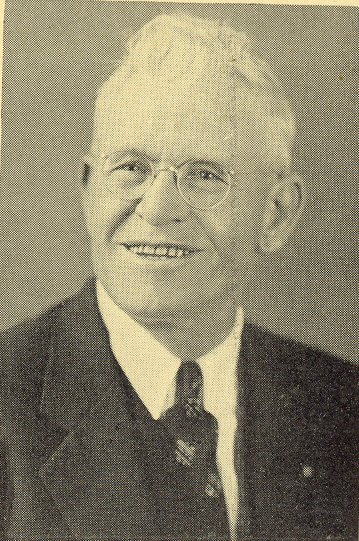 AS A BOY, Charlie E. Van Leuven, mem­ber of the famous Van Leuven clan of the Mission district, rode over the townsite of Redlands on horseback and shot rabbits with a bow and arrow. His father, John A. Van Leuven, drove an ox team across the country from Utah in 1851, homesteaded 160 acres in Old San Ber­nardino, as it was then called, and helped es­tablish a family that numbers at present around 250 descendants, with members scat­tered all over the state.

The Van Leuvens trace their ancestry back to the sixteenth century in the city of Lou­vain, in Belgium, where their predecessors were the “Vans” of the city’s aristocracy. In 1657, King Phillip II of Spain sent the Catholic Duke Alva into the Netherlands at the head of 10,000 men, with power to ex­terminate all heretics. Among those who suf­fered were the Van Louvains or Van Leu­vens, as it has now come to be known, all of whose property was confiscated. Later, a branch of the family came to America and was granted a tract of land by the Mohawk Indians in the Mohawk valley, New York. From there they moved to Kingston, in Canada, and it was from that place that a branch of the family came west.

Mr. Van Leuven was born on his father’s ranch on Mountain View avenue, Jan. I, 1874, and is the only surviving member of his immediate family. He went to school in the little one-room Mission school of that time, situated on property now owned by J. M. Cole. Later he went to Ventura and attended school for two years. In 1888, he returned to his home community and for three years worked in the grocery store of A. P. Dallas in Bryn Mawr. From that he went into his present occupation of taking care of orange groves on contract. In 1906, he bought 10 acres of land on Mountain View avenue and established his present home. His family now has 33 acres, all in oranges. Since 1915, he has served as zanjero for the West Redlands Water Co.

On Nov. 14, 1906, Mr. Van Leuven was married to Elizabeth Funk, of Erie, Pa. They are the parents of three children, Clarence, and Stella Van Leuven, and Mrs. Edith Goodwin, all of whom are in Redlands.

Mr. Van Leuven is the originator of the Van Leuven family picnic. It was in 1931 that the plan was inaugurated. As a result of his efforts and newspaper advertising, 150 relatives gathered on the first Sunday in June of that year at Pioneer park in San Bernar­dino and organized officially under the name of Van Leuven Clan. The picnic is now an annual event, and yearly grows larger and more elaborate.

A member of the Independent Order of Odd Fellows for 34 years, Mr. Van Leuven has held every office in that organization and is extremely active in it today. A born actor, he has long been one of the leaders of the Odd Fellows Dramatic club, and is also a member of the Redlands Community Drama association. Other affiliations are the Masons and the Native Sons of the Golden West.