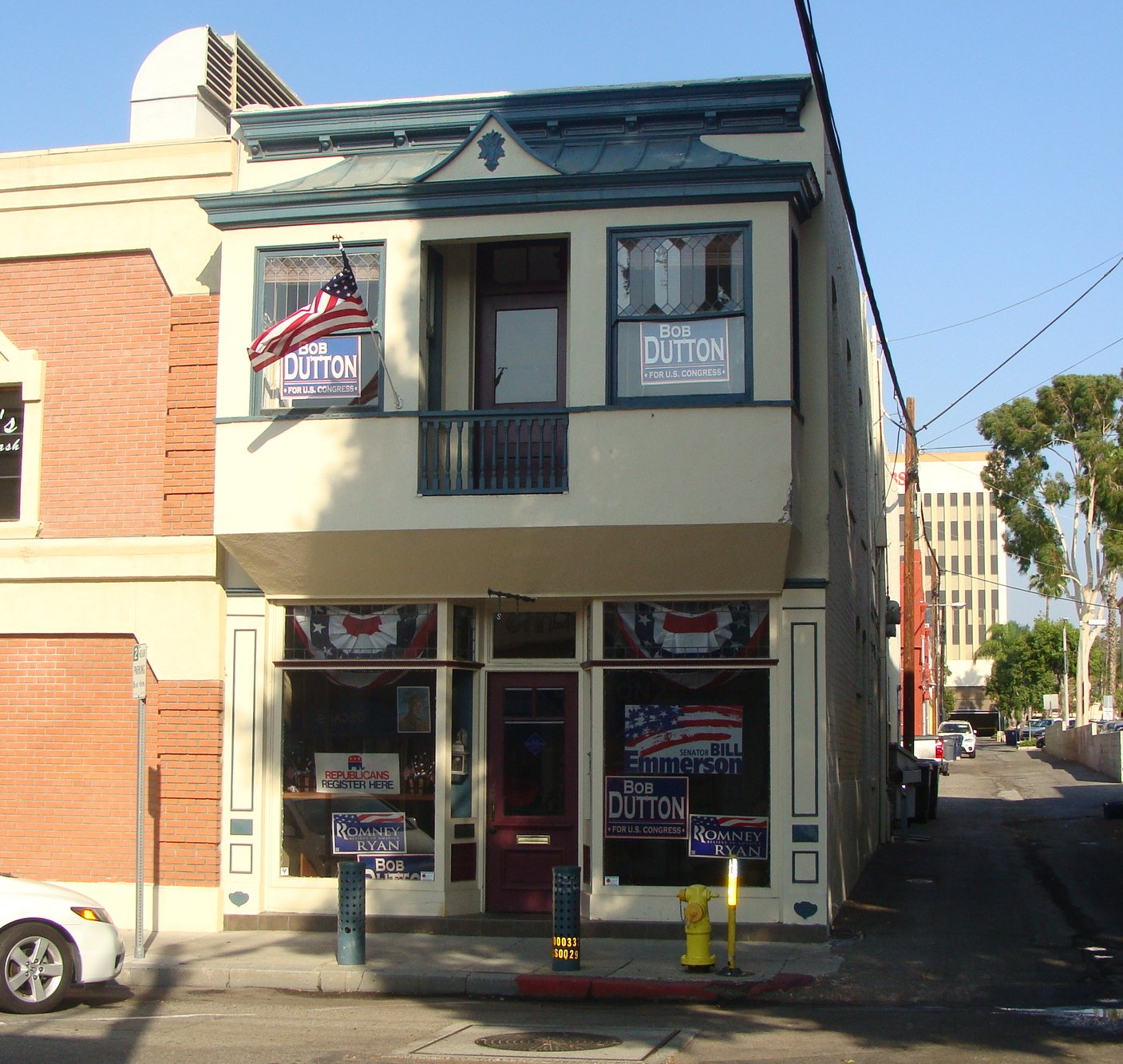 The building at 14 North Fifth Street was the first commercial structure to be built in Redlands after the boundaries of the streets were determined. Built by Benjamin S. Stephenson, who was the first jeweler of Redlands, the structure was originally located on State Street. IIlustrated Redlands, 1897, reports,

“Mr. Stephenson built a small business structure. After the survey he found that his building was 100 feet from the State Street line, accordingly he moved it to the southeastern corner of State and Fifth, and subsequently located it on the rear of the lot on Fifth Street, where it still remains.”

Stephenson, born in Yorkshire, England, came to the United States as a young man. He came to Redlands in July 1886, and started business in what was then the house of J.S. Edwards on Cypress Avenue where he and other young men “bac’hed it”. On December 15, 1887, Stephenson was married in Trinity Church to Miss Selma White. This was the first church wedding in Redlands. 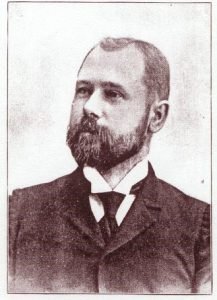 In conjunction with the jewelry business of Stephenson, Mrs. Stephenson also ran a toy store. In the middle 1920’s another jeweler, Lewis T. Olson, became proprietor, and the jeweler and watchmaker, C.L. Smith, had his store here for many years. This building also housed Stockman’s Sporting Goods.

The structure is now owned by Robert and Jean Baker, and houses the interior design firm of Robert Baker and Associates. Constructed of brick with a projecting second-story bay, this business structure is one of downtown Redlands’ oldest.