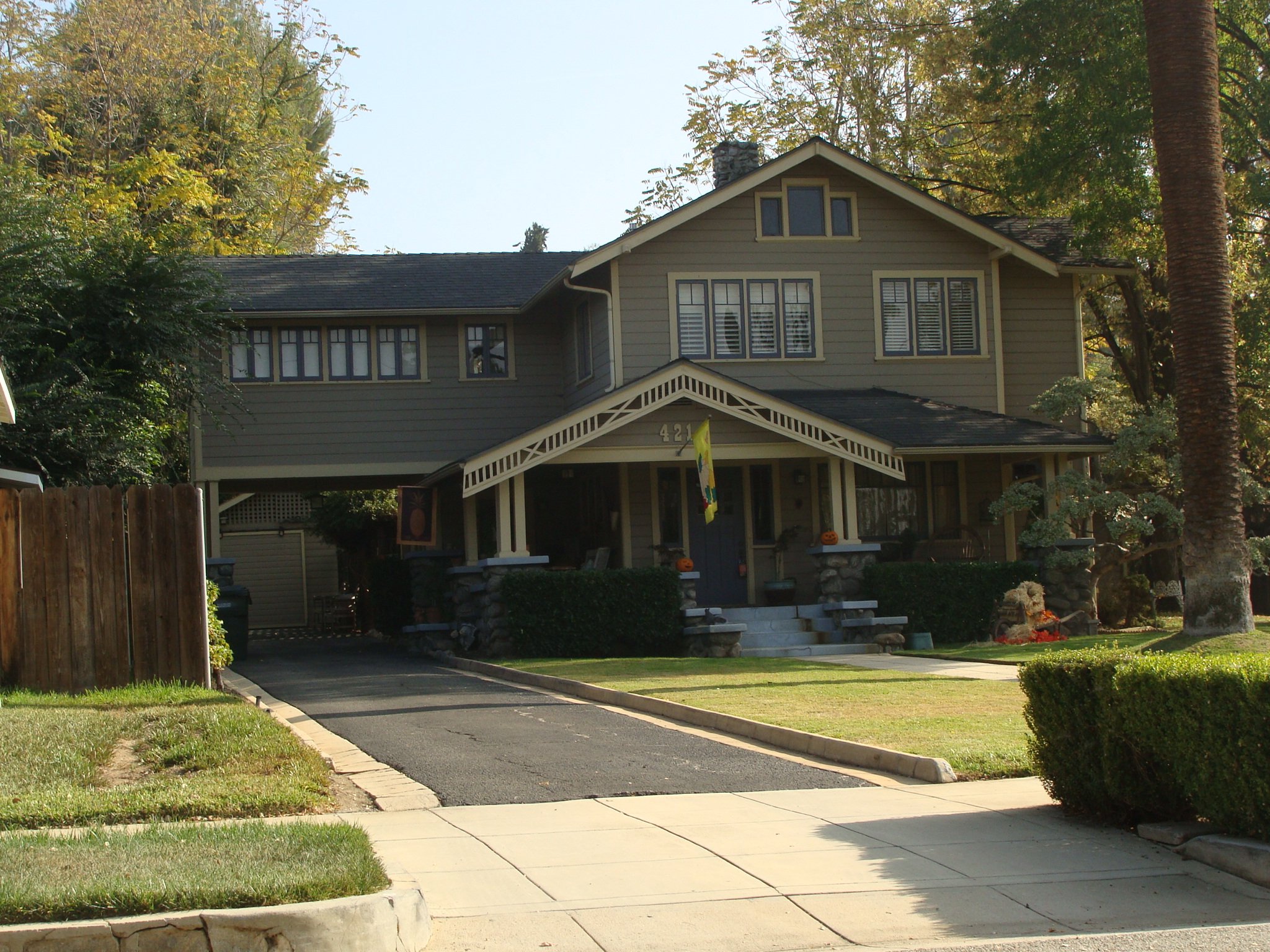 The house at 421 Chestnut Avenue appears to have had a double life, first being built in 1888 for C. Fayette Taylor by Lynn and Lewis for the sum of $1800. The house that Mr. Taylor built was a two story Eastlake stick style house with a wrap-around verandah and a tower according to a photograph that appeared in the 1901 building list. After Mr. Taylor’s death around 1900 it was apparently sold to Robert G. Morrill. In 1911 it was sold to the state and the ownership becomes cloudy until 1915 when it was sold to D. W. Willard. In September of 1927 the house was purchased by Joseph F. Gaghan and remodeled into the house that stands on the property today.

That house is a two story Craftsman style house with a porte cochere on the east side of the house. The roof has a medium front facing gable, a small gable on the west side, and a medium gable covering the porte cochere. The porch is accented by a medium gable with very interesting cross and vertical bar decorations. The porch and porte cochere are both supported by double columns resting on stone piers. The windows in this house seem to be in a different configuration then those of the original house, but the form of the house is similar.

Mr. Gaghan apparently lived in his newly remodeled home until about 1947 when the house was sold to Roy J. Jackson and his wife Hazel. Mr. Jackson was an insurance agent with the firm Webster and Jackson. The Jackson family lived in the home until about 1963. In the early 1970s the home was sold to the Lihme family. During their stay in the home they added a garage and a large addition to the west side of the house.

In July of 1990 the house was sold to Gloria Gebbie and Chuck Nacsin. The spacious lay out of the house has contributed to comfortable living for this family with three active boys. Since moving in the heating system has been upgraded and an air-conditioning system added. The hardwood floors in the living room were repaired after parts of them were found to be missing when the carpet was removed.

We applaud Gloria and Chuck for their enthusiastic care of the house that has led a double life.