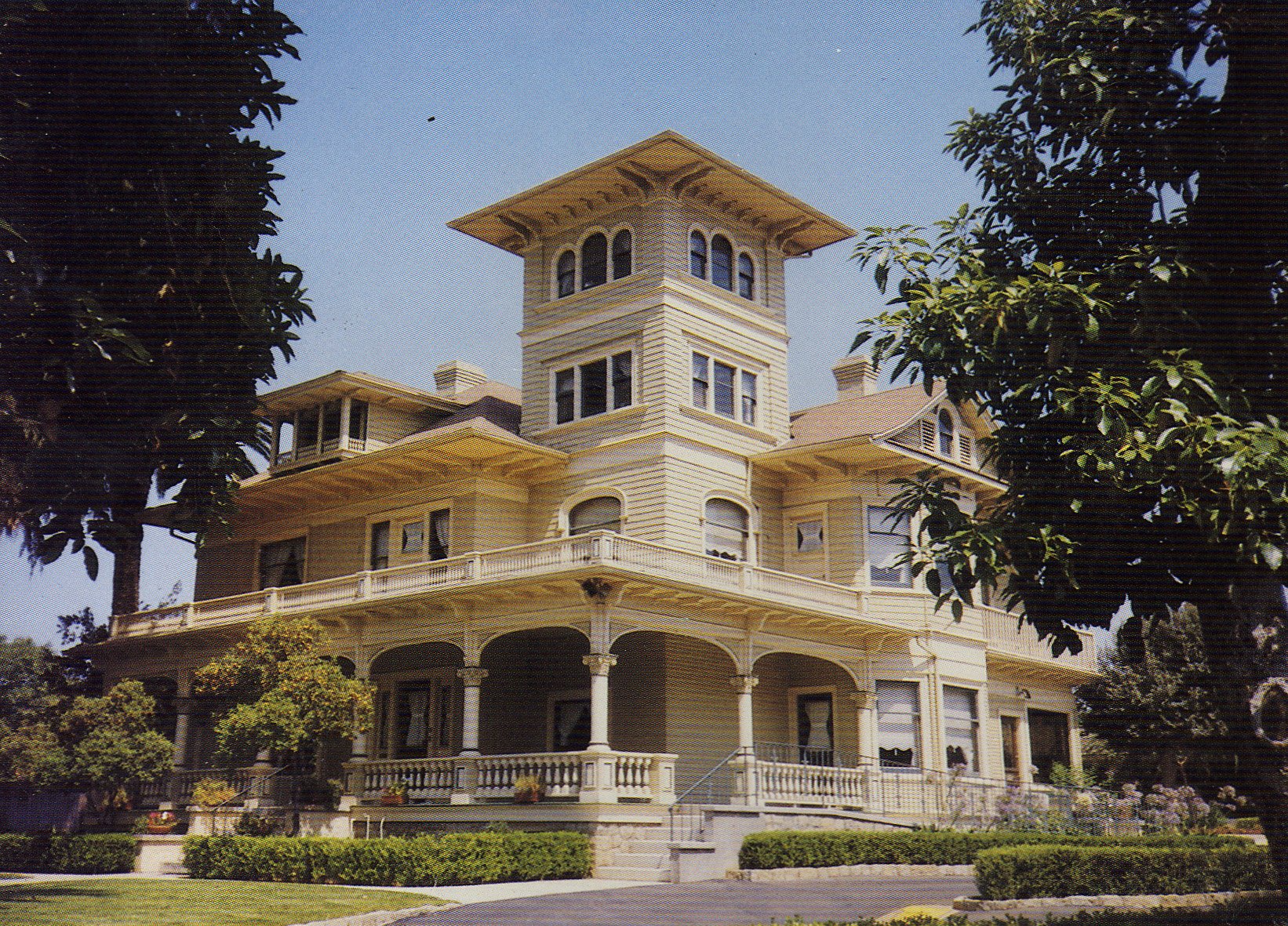 Charles Adams arrived in Redlands with his wife, Mary, in February of 1902. Adams had recently retired as president of Wisconsin University and was a former president of Cornell. He promptly purchased the lot at 120 E. Palm for $4,000 and hired the Donalds to construct a home. The home cost $9,000 when it was completed in 1902. The Adams moved into their home on July 13th.

Unfortunately, Dr. Adams died on July 26th, and Mrs. Adams passed away six months later. Most of the property was left to the University of Wisconsin in the form of numerous scholarships.

James S. Edwards, prominent East Highlands orange grower, owned the home until 1927. He ten sold it to the Barry Dibble family. Dibble was involved with the Bear Valley Mutual Water Co. Today the home is owned by Dr. and Mrs. Hobson.

The home is constructed in the once popular Italianate style of architecture. A porch fronts the Palm Avenue entrance decorated by a balustrade, Roman arches, and eight Corinthian columns. The two-story home is crowned by a four-story tower, which was to be used by Dr. Adams as a study. Italian brackets have been employed lavishly under all the eaves of the home. All of these attributes significantly illustrate a pride in workmanship.

The gardens around the home compliment further its architecture. The Palm Avenue entrance is graced by an ashlar rock wall.