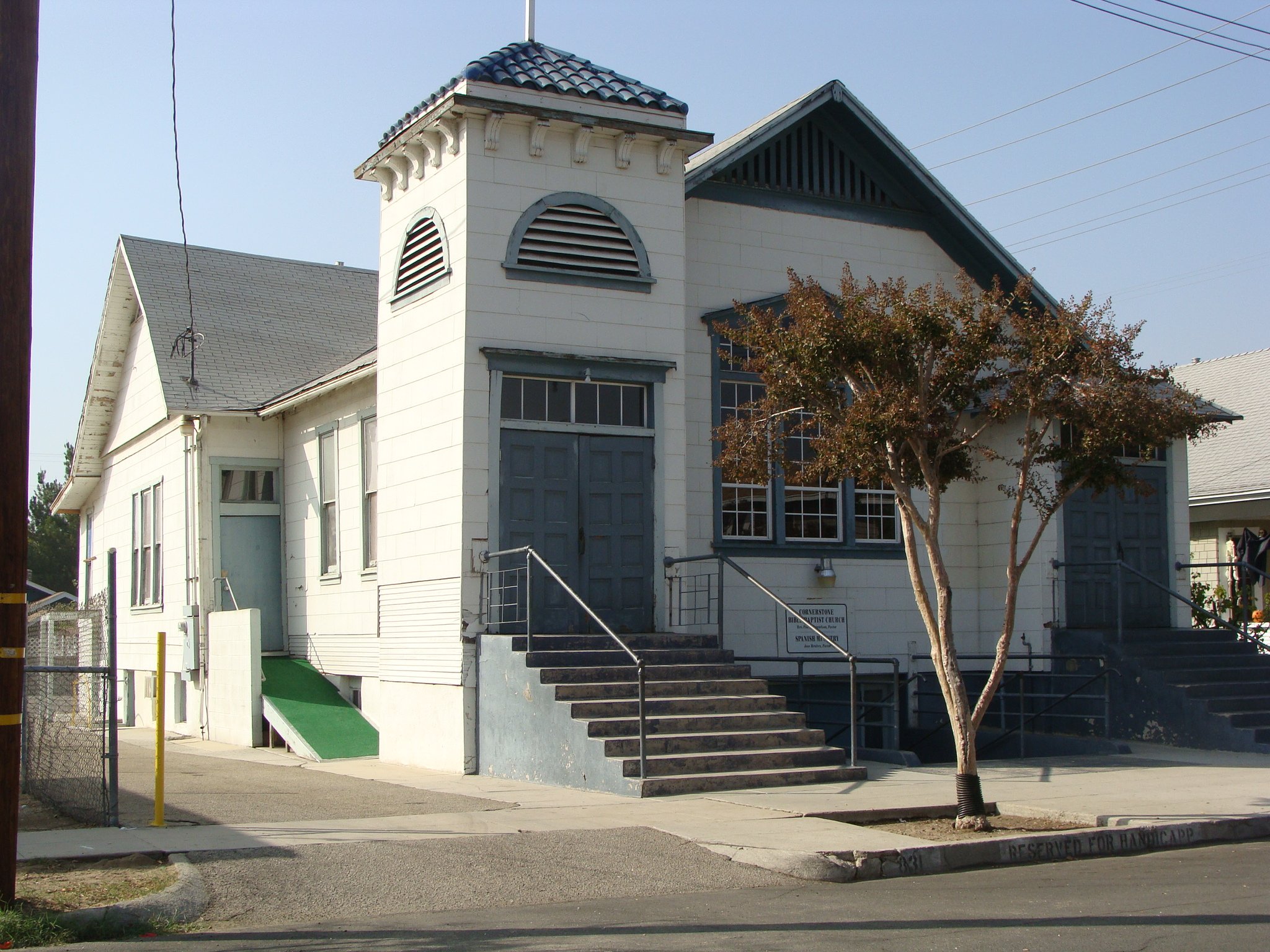 The house at 837 Clay Street not only possesses beautiful architectural elements but also has an important history behind it, beginning in 1904, when several families of Dutch origin, who had come to Redlands for health reasons, began to organize for religious services. In 1911 seven families and a few unmarried people organized the Christian Reformed Church, the first church of this denomination in the State of California. By 1912, the congregation was able to purchase the property at the corner of Sun and Clay Streets to erect a church and parsonage. The church, at 833 Clay, and the parsonage, at 837 Clay, were finished in June and July of 1912.

In their early years the congregation conducted most of their religious services and council meetings in Dutch. Thanks to the translations of Bill Gabrielse, the church librarian, several facts about the parsonage have been gleaned from early council minutes. The architect and builder was J. Spyker, a local Dutch contractor. Congregant Jacob Braaksma lent $2,500 at 7% interest for its construction. The parsonage would have cost considerably more to build except that much volunteer work was used. However, they did need to hire a local firm, the Independent Electric Company, to do the wiring, for the sum of $19.00, and they paid 28 cents per yard for professional plastering.

The first pastor to live in the parsonage was Rev. Jacob Bolt. Others to follow were Revs. Vissia, Cupido, Schans, and Radius. By 1950, with over 70 families, the congregation was ready to move to its present site at 1135 Church Street, while the parsonage remained at 837 Clay for a few more years. Mr. Edward Witchey walked up to Rev. Radius on the front porch one day and offered to buy the house for $7,500, without even looking at the inside. The church accepted, and the Witcheys became the owners in 1951. Other owners followed: the Sullins around 1958, the Aldamas around 1961, the Allgowers in 1978, the Cardozas in 1980, and the Haennys in 1982.

The front and sides of the house appear today almost the same as early photographs of the original parsonage. The screens that originally enclosed the front porch between the columns were removed. The house has 2600 square feet and 1 1/2 stories. It was built with three unfinished rooms upstairs. Coming from the Midwest, the Dutch congregation decided to provide a large basement with full concrete walls like they were used to. The style of the house is Colonial Revival. It has a hipped roof, with three projecting hipped dormers. The siding is primarily wood shingles, with horizontal wood siding below the windows. There are bay windows on both sides and on the front. An unusual element is the “_”-shaped design, with a tail at the top of each of the square columns supporting the porch roof.

The present owners are Charles and Terry Haenny, who have been actively rehabili¬tating the house since they purchased it in 1982. They have shown a great deal of love for the architecture of this beautiful house. Terry’s father is a plumber who has helped them restore antique fixtures in the bathroom. The outstanding stained glass front door has been added by the Haennys. There is now a new connection between this house and the church next door. The Bible Baptist Church of Redlands decided to repaint the church in the same color scheme that the Haennys used on their house in 1986.

Their care has preserved this house as an asset for all of Redlands, as well as for the immediate neighborhood.