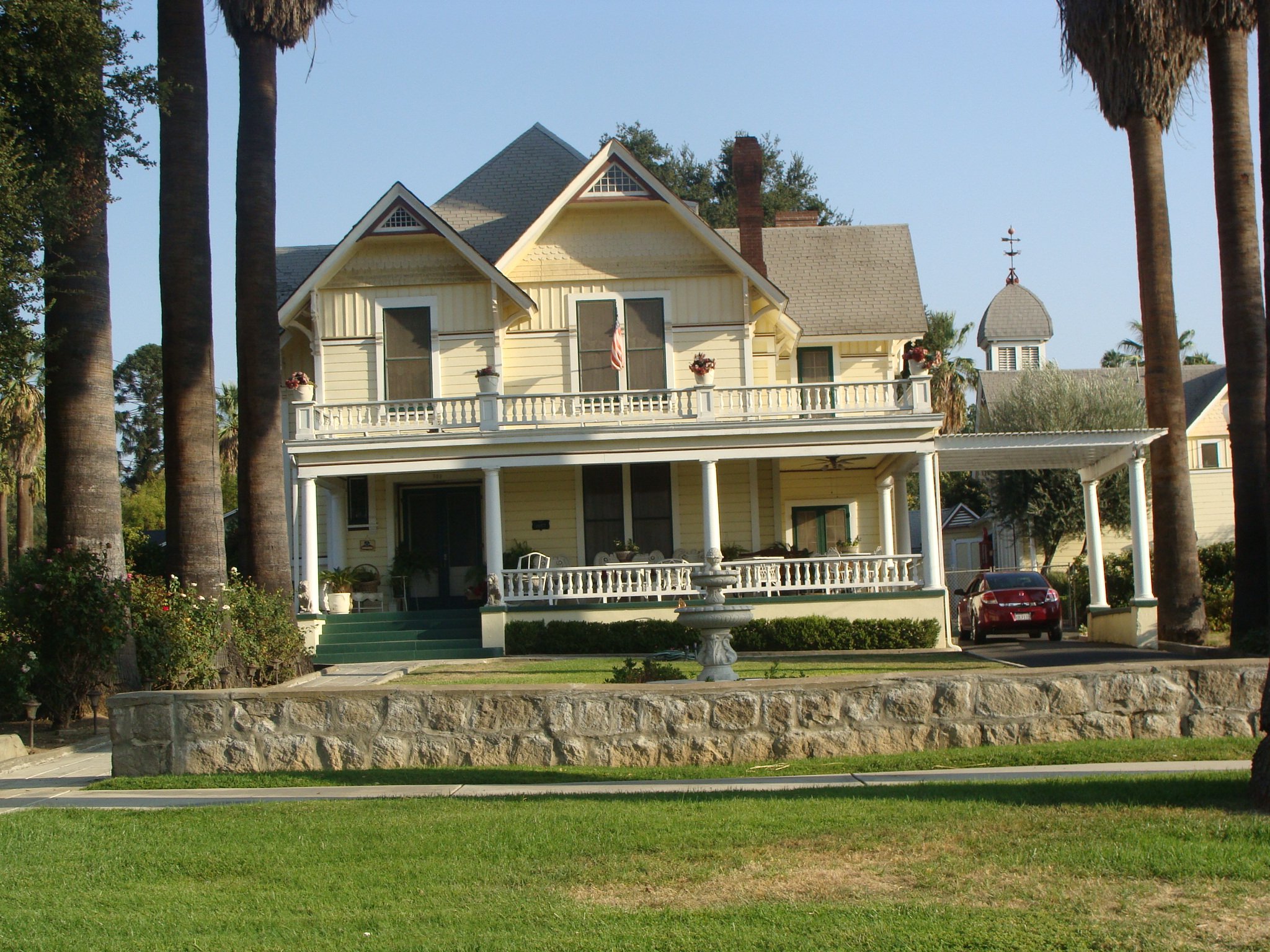 Built in 1887, this home, costing $6,000, was one of three constructed by B. O. Johnson. It was called a “cottage”. Mr. Johnson and his wife, the sister of Frank Brown, had been living with her mother prior to this. However, the Johnsons only lived here a few months before moving to their future home on Summit Avenue. In 1888 Russell J. Waters, a well-known attorney in Redlands and a business associate of Judson, Brown, and Johnson, bought and lived in this home until he moved to Los Angeles in 1894. 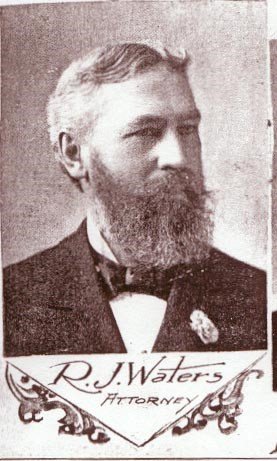 In 1896 E.B. Mailers moved here. In 1923 Theresa Mailers was living there. In 1925 J.S. and Elizabeth Benson bought the property and were there until 1929. It was vacant until 1936 when Charles and Mary Lace Ketching moved there. He was an orange grower and she a teacher. They operated a nursery school in this home in the 1940’s and lived there until 1950. The home was later owned by a family name Haley, who owned it into the 1970’s. Then followed several years of intermittent ownership when the home stood vacant and run down. It was saved in 1985 when the present owners, Mr. and Mrs. Harold Hastain, purchased the property.

The 2 and 1/2 story home is constructed with vertical and horizontal clapboard wooden siding. There is a hipped roof and cross gables of fishscale shingles and interesting glass panels at the peak of the gables. The roof trim is a boxed cornice with brackets. The windows are double hung. A broad porch with plain columns and balustrade railing supports a second story deck, also with balustrade railing.

Early pictures show a tower in 1888. This was later replaced with a more elaborate one and then sometime, probably before 1920, this second tower was removed and the gable over the front entry door was constructed. The millwork on the house is intact. The two story carriage house, complete with weathervane, is an important historic structure and is featured in a book published by the California Historical Society The Barns of California. Beautifully preserved cutstone walls enhance the north and east sides of the property.

The Hastains have been deeply involved in the preservation of this home and its grounds. They have tried to save some of the original groves on each side of the home, replacing old trees and non are engaged in installing an irrigation system that will permit more restoration. The home was on the YWCA tour in 1987.