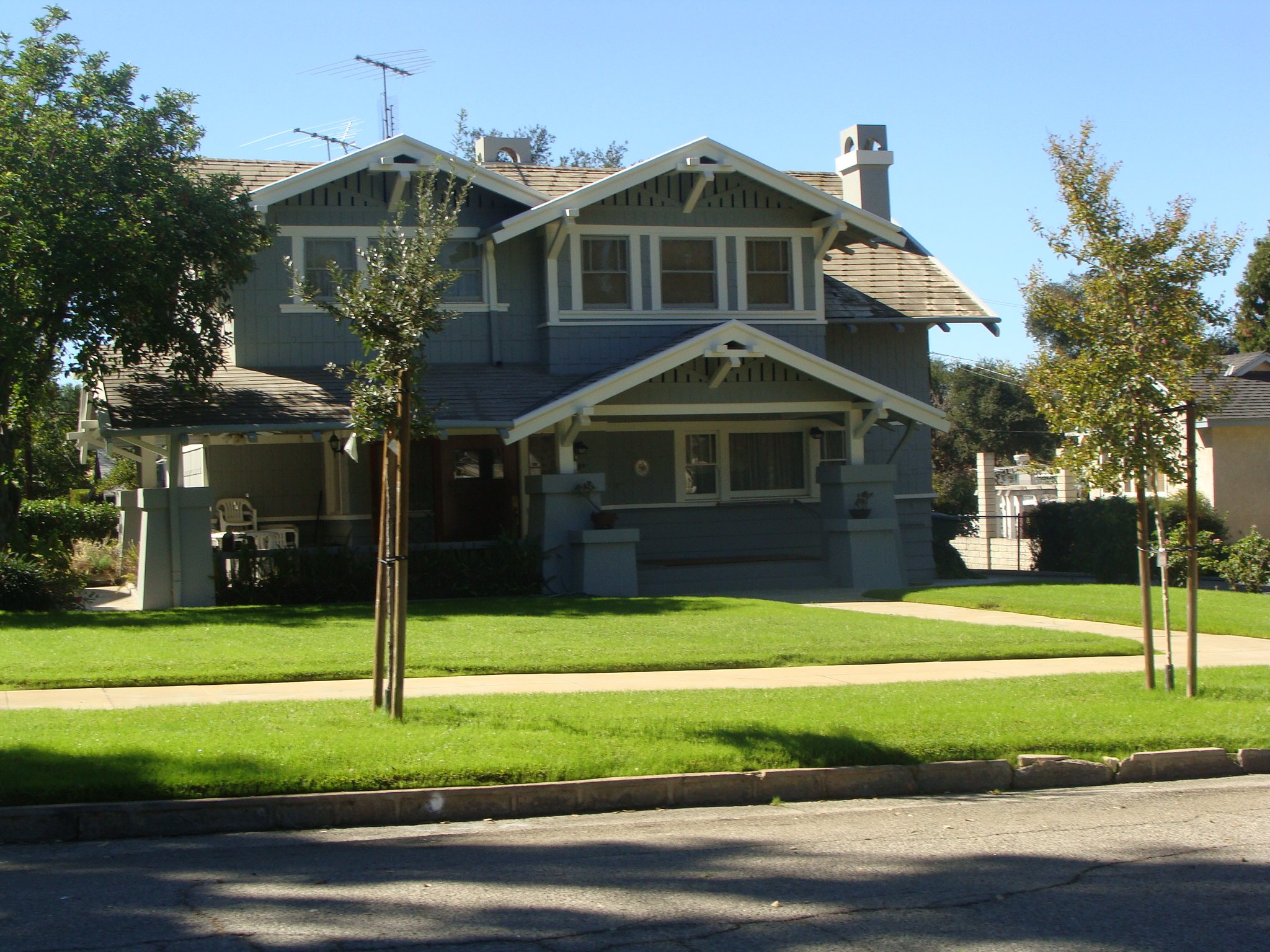 The home at 624 Alvarado was built by Mrs. Margaret Love in 1909. She was the widow of J. V. A. Love, an early settler of Redlands. Mr. Love was born in Steelsville, Pennsylvania, in 1846. He lived on a farm and attended school there. He was yardmaster for the railroads for several years. He came to Redlands in April of 1886, where he formed a partnership with J. S. Edwards in the nursery business. In 1892 he left this business to tend and improve his own properties. In 1886 he had married Miss Margaret Waugh of Peoria, Illinois, and brought her back to Redlands. Mr. Love died in 1908. 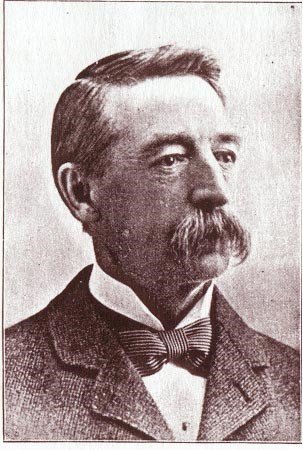 In 1909 Mrs. Love had the water turned on in the home on Alvarado, which she had built by a Mr. Robert Ogden, a contractor, at a cost of approximately $4,000. It is a two-story, wood shingle building with a composition tile roof and one chimney. It is a bungalow with eastern stick characteristics, found in the beginning of the Craftsman style. Two cement steps lead to a cement porch, which is constructed to extend around the house to the south. Poured concrete piers with wood pillars support the porch roof, which has an overhang. The porch roof has a gable and there are two other gables on the second floor. Each has three windows. The front door is wide, of wood, with the top three panels of glass. This is flanked by narrow six-panel windows.

Mrs. Love lived here until her death in 1930. The home was then occupied by W. R. Graham for about two years. Then, in the spring of 1933, the Reverend and Mrs. Lewis A. Walker, a retired Baptist minister, bought the home and moved there with their daughter Laura. They lived there until the death of Mr. Walker in 1942 and Mrs. Walker in 1961. Laura attended the University of Redlands and, in 1939, married Wilbur Vroman in this home. They established their home a few doors away, and, on the death of Mrs. Walker, moved back to Laura’s old home. The Vromans have raised their three children here and continue to live in this lovely and much loved home. Now their children and grandchildren like to come “home” to 624 Alvarado.

This is a beautiful example of this type of architecture and the Vromans are to be commended on the care and love they have shown for this property.