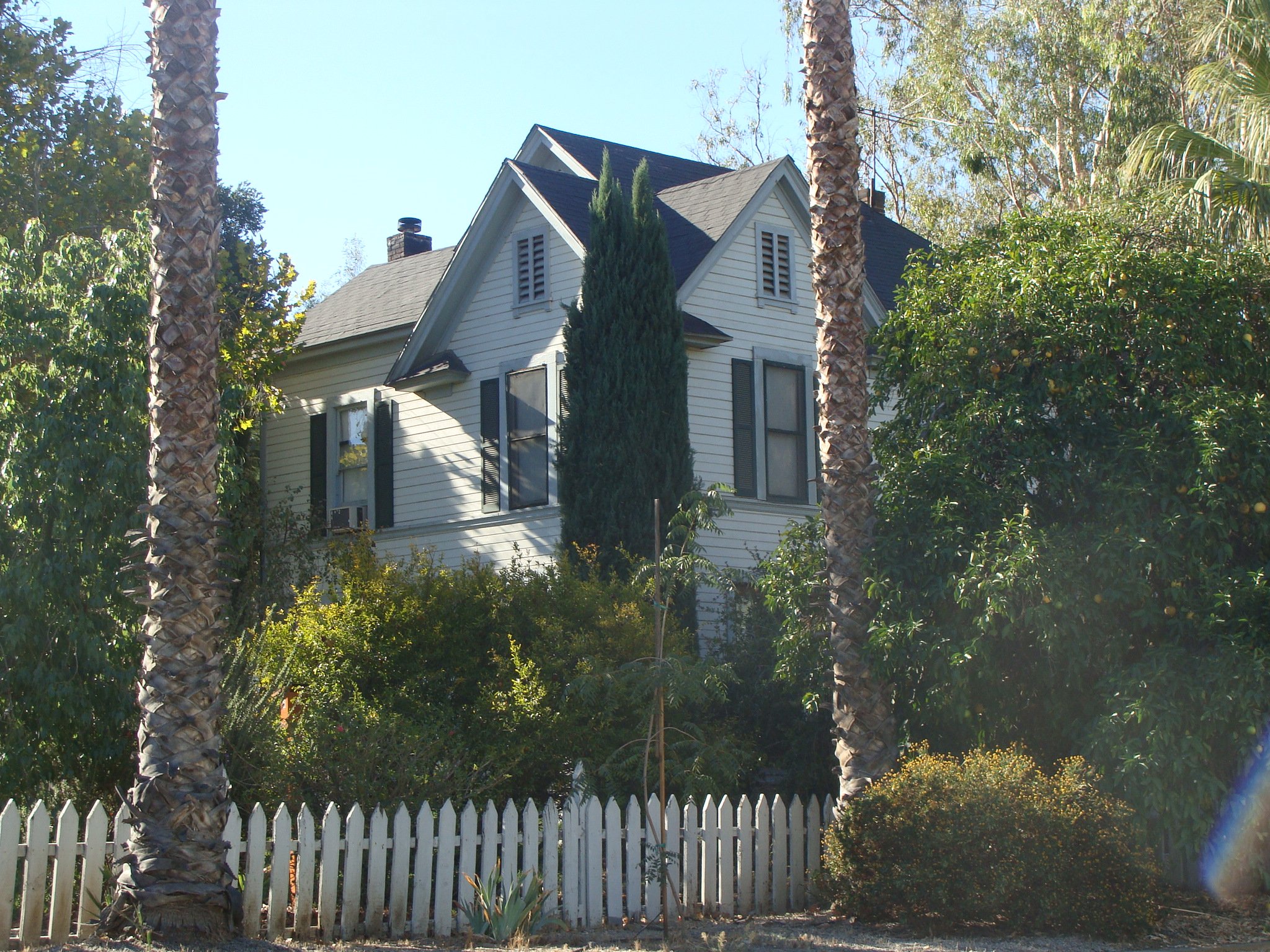 Born in Canada in 1866, Davis Donald came to Redlands in 1889 along with his father, Daniel M. Donald. The Citrograph in November, 1890, reports,

Mr. Donald, the carpenter and contractor, has purchased a place on Brookside and San Mateo Street and will put up a dwelling for himself just as quick as he can get time for it.

Mr. Donald built the house in salt-box design, and it is a simple and straightforward statement, almost severe in its lines. This beautiful home is surrounded by a picket fence. A variety of windows, including leaded glass, and doors are arranged randomly across its sides. The interior has high ceilings and oak floors.

In the 1920’s this house was owned by Charles and Ida Baker. Mr. Baker was an orange grower, and the ramp he used in the picking and delivering of his oranges is still evident in the barn. In the 1950’s Herbert Gage, an agent for Metropolitan Insurance turned orange grower, owned this residence. In 1976 Mr. and Mrs. Eugene Jennings purchased the home and have lavished care and attention upon it since.