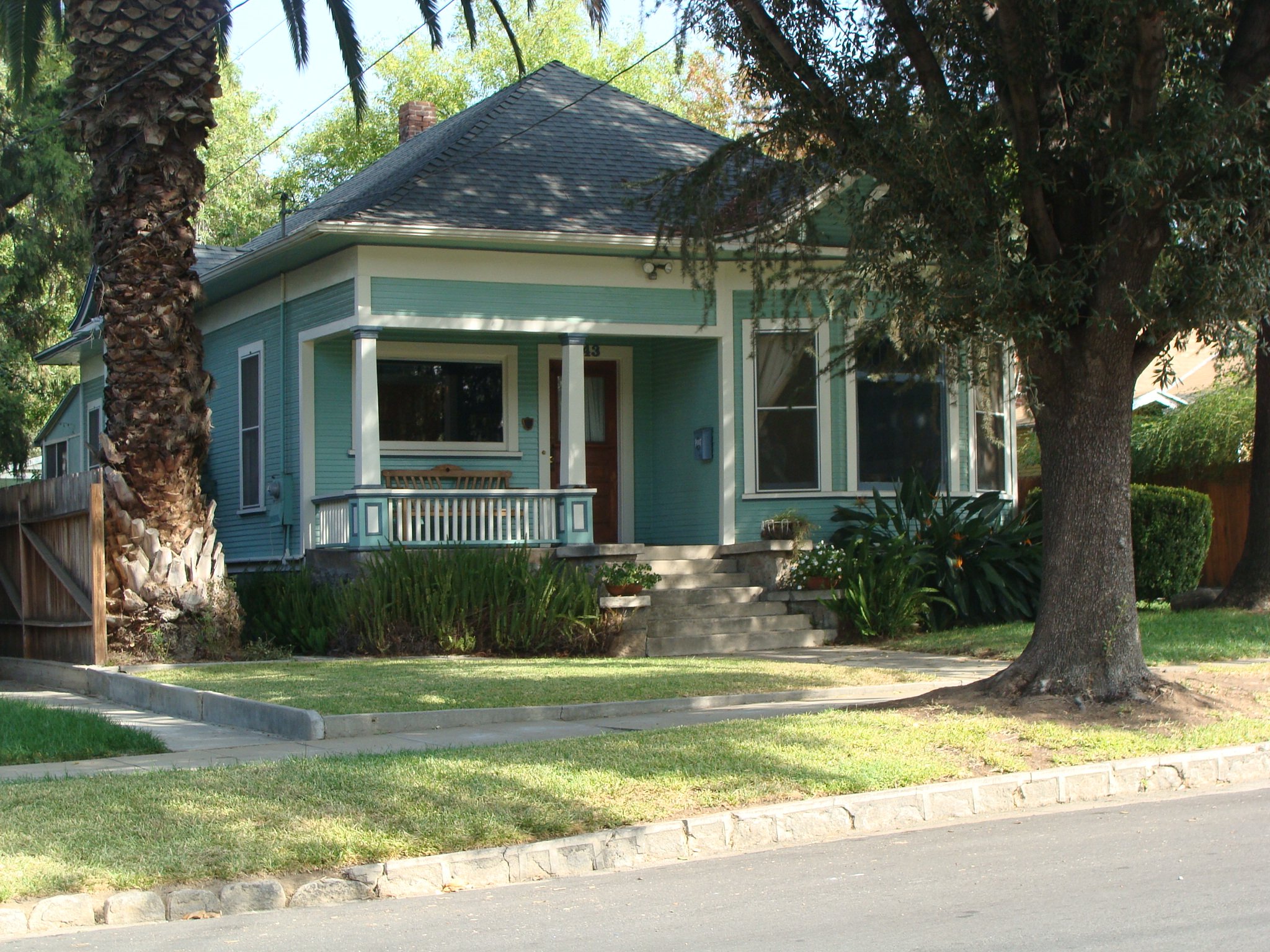 The one story house at 243 Buena Vista Street is a simple example of Queen Anne styling having a hipped roof with a low cross gable extending over a three windowed bay. The upper lite of the large window in the bay is leaded and beveled glass. To the left of the bay is a covered porch supported by simple columns set on pedestals. The balustrades and railings of the porch are straight and plain. The house, covered in narrow clapboard siding, sits on a raised cut stone foundation. On the north side of the house there is a square bay with three double hung windows.

There have been several owners of the house since that time. Dr. Michael Buck owned the house in the mid eighties and during that time painted both the interior and exterior. He sold the house to Linda and Richard Sloop in November of 1988. The Sloop’s have worked diligently on the yard.

We commend their effort at maintaining this charming example of Redlands history.