Two of Redlands most intriguing and generous women were Caroline and Olivia Phelps Stokes. From a wealthy New York family, they first came to winter in Redlands in 1899. The sisters occupied various homes including Kimberly Crest before deciding to build their own. A building permit was issued in August, 1907 for a two story, eighteen room house to be built in Redlands Heights off Mariposa Drive. The estimated cost of construction was not less than $40,000. When their house was completed in 1908, it was a superb example of a Mediterranean style villa. 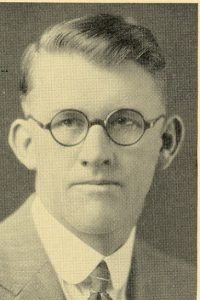 The house built of brick with a stucco veneer is in a U-shaped configuration enclosing a large south facing courtyard. In one corner of the courtyard is a turret containing a spiral stairway. The hipped roof, with overhanging eaves supported by carved beams, is covered in New York tile. The main entry is on the west side of the house and is distinguished by a carved broken-pediment door surround. The north facade of the house has a balcony covering the 77 foot long arched stone loggia. There are granite steps from the loggia leading to the brick walkway and garden.

Sadly, the sisters were only able to enjoy their home together for less than one year. Caroline died at age 54 on April 26, 1909. She was buried in Hillside Cemetery, where the handsome iron and stone gates were later donated by her family as a memorial to their beloved ‘Carrie”, The bulk of Caroline’s estate went into the formation of the Phelps-Stokes Fund which to this day provides funding for work aiding institutions of higher learning here and in Africa, and to agencies working with native Ameri¬cans, Olivia continued to winter in Redlands and spent the next twenty years enriching the city with her contributions to many cultural and charitable organizations and was active in the interests of Trinity Episcopal Church. At the time of her death in 1927, Miss Stokes gave generous portions of her estate to various organizations around town including the A. K. Smiley library, the YMCA, the YWCA, the Contemporary Club, Redlands Community Hospital, the University of Redlands, and others. Her most unusual bequeath was for land to be used as a park–Caroline Park. According to her request that the land be left as far as possible in its natural condition, the Rotary Clubs of Redlands and the Redlands City Parks Department recently developed this park featuring native plants along with a garden demonstrating drought tolerant plants. 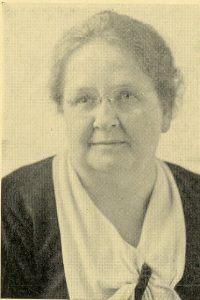 The house has had several owners since the Phelps-Stokes sisters. It was owned in the forties by Mr. and Mrs. Fred Arth. Both Mr. and Mrs. Arth were very active in the business and social community in Redlands during that time. Dr. and Mrs. I. A. Kotner owned the house until Mrs. Kotner sold the house to Dr. Ralph Korpman in 1983. Dr. Korpman, with the assistance of project manager Jerry Fisher, a local interior designer, have been diligently working to restore the house and grounds to their former state of excellence.

We commend them for their meticulous restoration of this architecturally and historically important residence.