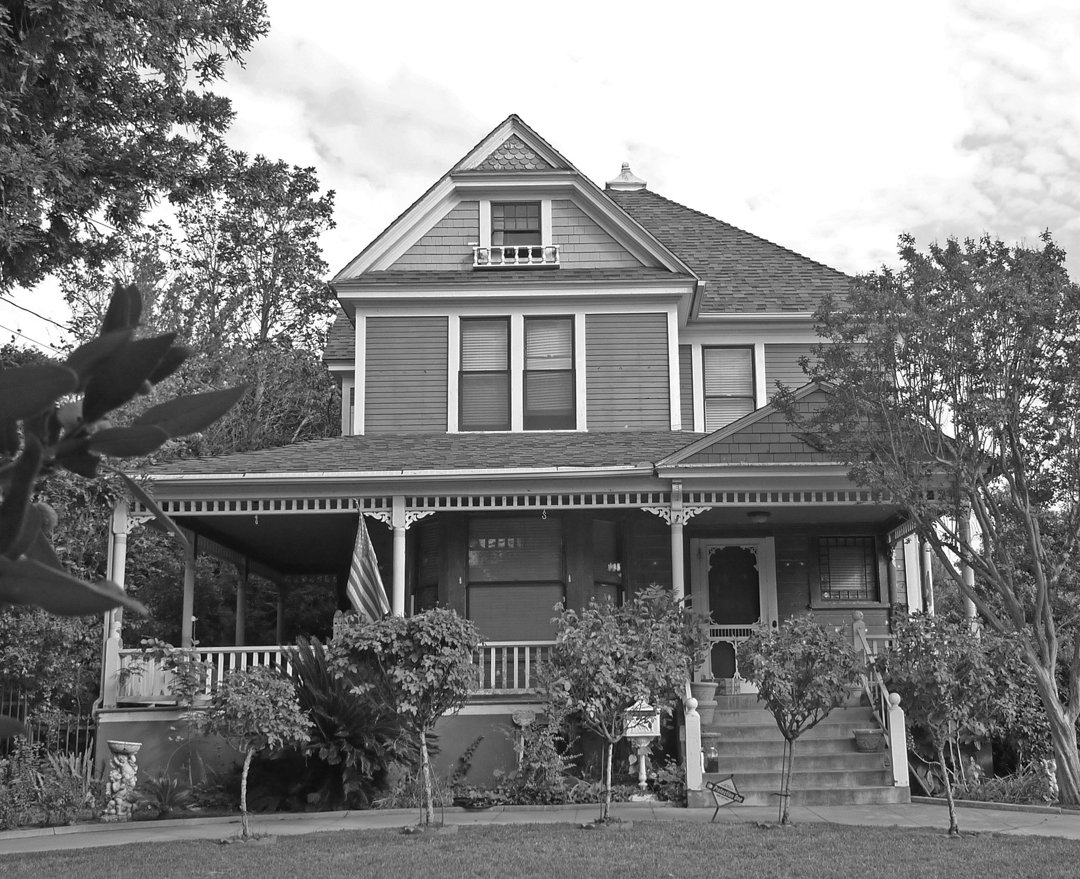 In 1893 J. Lee Burton, for $5,000, constructed the two and one-half story house in the residence tract of Judson and Brown. He used sunlight and window placement to warm the home in winter and to cool it in summer. The building has an irregular shape, the center extending forward to accommodate a polygonal bay window. There is a hipped roof, capped with a decorative finial, and the exterior is horizontal wooden clapboard siding. The front-facing gable has a pediment of fish scale shingles at the peak. Below it is a window with small glass panes. The porch has a shingled pediment, with a black eagle attached to its surface. The lowest of the six steps is inscribed “Trinidad”. Eight wooden turned posts, two attached to the building surface, support the covered porch area, which is enclosed with stick balustrade and open dentils at the top. A veranda extends around the east side of the home.

There have been a number of owners of this home. The first was Mrs. Frances Hunt Billings, a widow, who lived there with her three daughters until her death in 1907. From 1910 to 1917 Cassius and Fanny Nutter Hall occupied the home. Between 1917 to 1956 several other families lived here. Among them were the Reverend Charles Severns, pastor of the State Street Christian Church, and his wife Ruth.

The current owners, Fred and Lucille Twiss, purchased the home in 1956. Mr. Twiss is a retired railroad engineer from Illinois and Mrs. Twiss a descendant of the Bemies-Handcock¬-Roberts family, who came to San Bernardino by covered wagon.

Mrs. Twiss enjoys her “farm house” which is comfortable and well built. Of special interest were the wood stove outlets found in nearly every room. Also a dumb waiter raised and lowered items needing to be kept cool from the butler’s pantry to the basement. Another unusual feature is the number of closets – one bedroom has three. Almost all of the original woodwork is intact. Future plans for the house include the painting of the exterior in bright and cheerful colors.