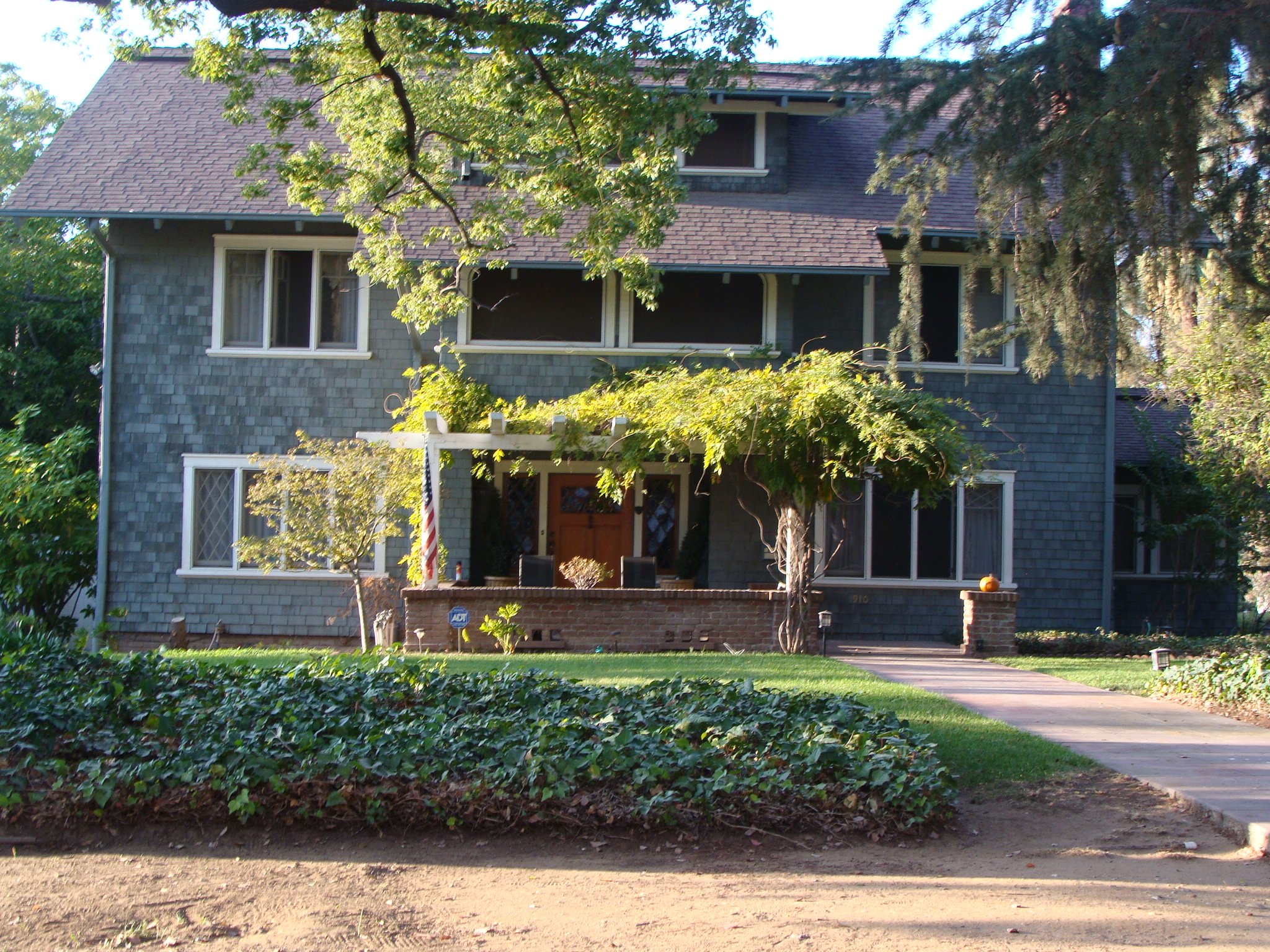 The residence commissioned by Julia Boynton and L. Worthington Green, with the present-day address of 910 Walnut, is one of the examples of the craftsmanship of the locally prominent builder  Davis Donald. The “Application for a Building Permit” was issued on June 14, 1911, and specified a two-story frame residence structure with eleven rooms, at a cost of $7,000.

Architecturally, the structure is classified as a western shingle in style, which was popular during this period. The two-story home was constructed with a wooden structural frame, covered with wooden shingles. There is a high gabled roof with wooden shingles. A rectangular shed dormer with three centered windows is located in the roofline directly above the front entrance, indicating a full attic. The eaves are extended over the projecting exposed rafter beams, which is common with this architectural style. Brick piers with wooden posts support the open wooden beam porch cover. There are lattice-shaped rectangular windows on both sides of the centered front door, which has an upper glass panel in the same design. There is an extension to the right side of the structure. There are two brick chimneys. No alterations have been made to the structure as viewed from the front.

According to the Redlands City Directory from 1911 to 1947 this residential property has had more address changes over the past 75 years than changes of owners. Julia B. and L. Worthington Green were listed for the first time as residents at this address in the 1913-1914 directory. Previously they were listed as occupying a residence at 660 Chestnut. Their occupations were given as author and orange grower. Julia Green was a noted poetess, who wrote on California themes. L. Worthington Green was also a writer and at one time was an allotment agent for the Pala Indian Reservation. He was a member of the Board of Trustees of the A. K. Smiley Library from 1911-1920. At some time around 1920 the Greens vacated the residence and in 1921 Dr. William C. and Marie H. Miller began their 22 year stay at this address. Dr. Miller was a local dentist, who had an office located on Cajon.

The present-day owners, Dr. Lawrence E. and Marjorie T. Heim purchased the home in July, 1943. Dr. Heim, who is now a retired dentist and his wife, Marjorie have continued to maintain their home and grounds in order to preserve the historic fabric of the structure for more than 40 years.