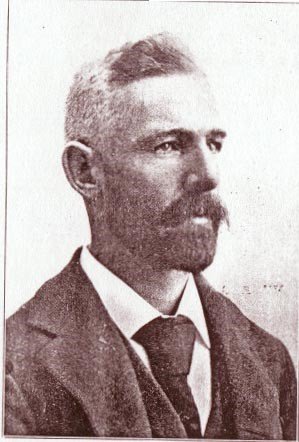 Davis McKee Donald came to Redlands in 1890, and with his father, Daniel McIntosh Donald formed one of the first contracting firms to contribute to the building of Redlands. He was born in Norwich, Ontario, Canada on May 23, 1865. He father was a native of Scotland and his mother, Mary McKee, a Canadian. The Donalds came to Redlands in pioneer days, where elder Mr. Donald’s brother was the first Presbyterian minister.

The Donalds firm built many of the finest homes and most substantial buildings in the city, including the A.K. Smiley Public Library, the Presbyterian Church, the Redlands National Bank, the Columbia Building on East State Street and many others.

Davis Donald was married to Agnes McMuchie (1857-1940). Their two sons, James and Gordon, were born in Redlands and educated here.

Mr. Donald was a member of the Chamber of Commerce, the Merchants and Manufacturers Association, and the Redlands Lodge of the Benevolent and Protective Order of the Elks. He died at the age of 62 in 1927 and is buried in Hillside Memorial Park in Redlands.

Buildings constructed by the Donald family: