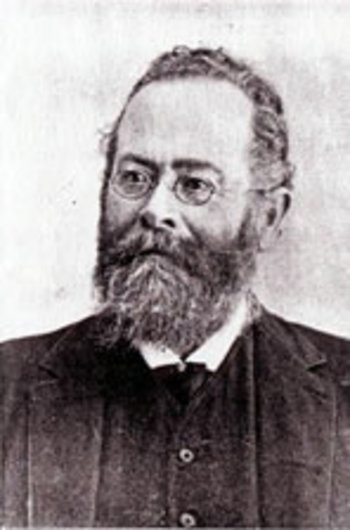 Next year the A.K. Smiley Public Library will mark the 40th anniversary of the Redlands Heritage Room and its extensive collection of local history. Few people will know that a larger-than-life, red-bearded, energetic editor, opinionated publisher and 100 percent booster of all things Redlands began the collection back in 1908.

Scipio Craig founded Redlands’ first newspaper, The Citrograph, in 1887. Named for an ancient Roman general  and statesman, Scipio Africanus, Craig was the only son of physician, druggist and Riverside pioneer, William Craig. Born in 1848, he moved as a child with his family Indiana and helped his father sell pharmaceuticals and manufacture of baking powder. He received his undergraduate degree from Hanover College. 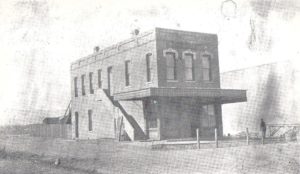 Craig’s first work with newspapers took place at the Muncie Times. There he learned to be a first-rate typesetter. Later he worked at the Eastern Indiana Courant. Arriving in California in 1870, Craig worked for the Los Angeles Star, the San Bernardino Argus, the San Bernardino Times-Index, the Riverside Press and the San Diego Union. With savings he was able to buy the Colton Semi-Tropic where his abilities as a publisher and editor engendered respect throughout California newspaper circles. 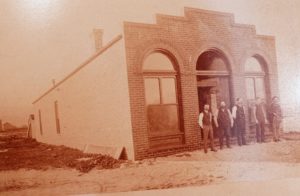 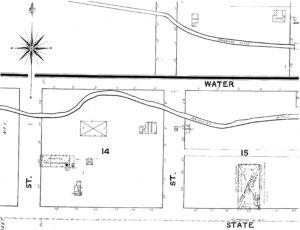 A colorful personality with a flaming red beard, Craig was outspoken in his views and editorial positions. When he came to Redlands in 1887 and opened up his weekly Citrograph newspaper, the young town received the energy and influence of one of California’s most influential newspaper men. He had served on the boards and was leader of the Pacific Press Association and Editorial Association of Southern California. He became elected to the executive committee of the National Press Association. 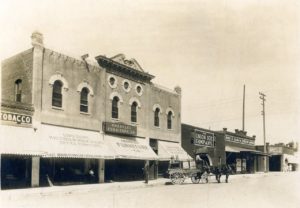 With but 1,500 people, Redlands boasted a nationally respected newspaper owner and would benefit when Craig rose to become the town’s booster in chief. His wife, Mary, served as his associate editor and was a well-known writer. She was also a practicing attorney.

Craig became an avid collector of history of Redlands. He filled his house with photographs, broadsides, billboards, advertisements, tickets, programs, Keepsakes and, of course, copies of his newspaper printed on book paper. When he learned that he did not have long to live, he made plans for the disposition of his precious collection.

Upon his death in November 1908, his personal collection of Redlands history was transferred to Antoinette Humphreys, director of the Smiley Library. Humphreys believed in the role of the local library as a repository for a town’s history. She had discussions with Craig earlier about the needs for people to know the history of their town, their own place in its history, and of the continuity that history provides as a dialogue between the past and the resent about the future. He enthusiasm served to encourage her successor, Artena Chapin, to continue ordering materials about Southern California, as well as continuing the autographed author’s collection.

“Without Vision A People Perish” reads the inscription above the Redlands Bowl. How fortunate that the vision of Scipio Craig and Antoinette Humphreys shared the same delight  and stewardship for our collective local history.

Scipio Craig was married twice. His first wife was Sarah Nason Darracott, a native of Boston. The married on September 12, 1892 in Vallejo. He later married Mrs. Mary Lynde Hoffman. She was admitted to practice law at the age of 60.