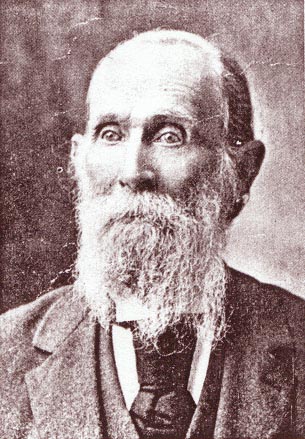 Dr. William Craig, one of the pioneers of this valley, was born in Northumberland County, Penn., January 2, 1818.  In June of the following year, his parents moved to Clark County, Ohio, where he received a limited education in the common schools, “such as they were in that early day.”  During his nineteenth year, he went to Muncie, Ind., where he began teaching school and the study of medicine and married Miss Joanna G. Moore, in March 1839, who died the following October. Continuing his teaching and study, on March 30, 1846, he married Miss Charlotte A. Moses.  To complete his medical course he entered Sterling  Medical College at Columbus, Ohio, and received his degree in March 1849.  After practicing for a short time in Ohio, he moved to Winchester, Ind., where he was for five years a druggist and stationer and then returned to Muncie, Ind., and engaged in the drug and book business and in manufacturing “Craig’s Baking Powder and Flavoring Extracts.”

In the fall of 1870 Criag sold out and started for California, arriving where Riverside now stands, November 2, 1870. He built Riverside’s first hotel, which was opened to the public in January, 1871.  In August, 1873, he purchased the ranch in Crafton, where he now resides and where on March 30, 1896, Dr. and Mrs. Craig celebrated their “Golden Wedding.”  About 50 acres are now under cultivation, chiefly planted to navel oranges, apricots and peaches.  In 1849 he became a Mason and has filled almost every station in Lodge, Chapter, Council and Commandery, from Tyler to Eminent Commander.  In 1849 also he united with the Presbyterian church, of which he has been elder almost continuously since 1855 and is now the senior elder of the church in Redlands.  Dr. Craig was one of the first directors of the Union Bank and still holds that office.  He was also the first Justice of the Peace of Crafton township and held the same office during his residence in Riverside. 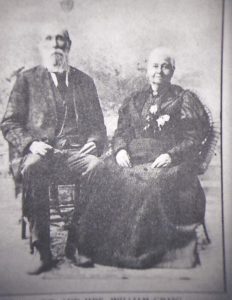 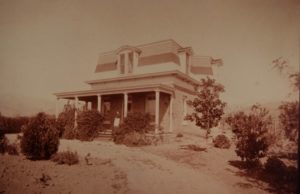 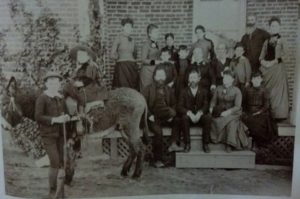