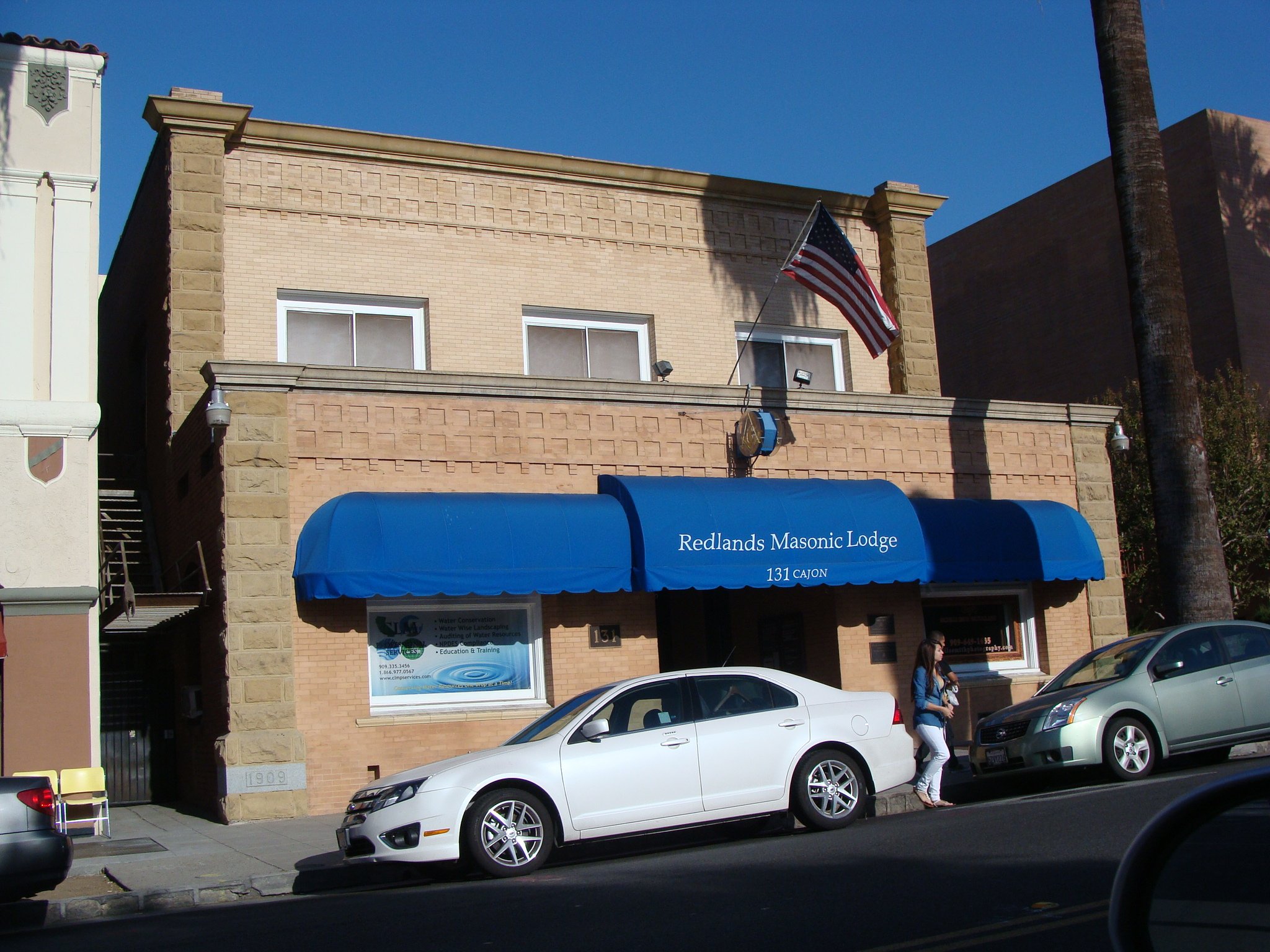 On September 5, 1908, the Citrograph announced “A prospective view of the proposed new Masonic Temple to be erected on Cajon Street, has been on view in the front window of the Dostal Hardware Store this week. The building is to be 50 x 125 feet, two stories, of brick, marble and concrete. The drawing makes a very pretty picture indeed.” The Masons had been meeting in Redlands since 1890 in buildings such as the Odd Fellows Hall on the corner of Orange and Water Streets (Redlands Boulevard), the McGinness Hall on West State Street, and the Post Office Building on the corner of State and Fifth. Finally on June 12, 1909, the cornerstone of the new Masonic Temple was laid with big fanfare. A parade of Masons from all over the state participated and the band of the high school was present. The architect of the new building was Fred T. Harris and Taylor Brothers, brick contractors, were awarded the $21,000 contract for the building. On February 28,1910 another large parade was given for the dedication of the completed building. At the end of the parade an artificial stone weighing seven tons was placed over the entrance. It said “Masonic Temple” and Taylor Brothers had to build a special crane to do the job. On March 4, 1910, the Honorable Frank P. Meserve, a clothing business owner in Redlands, gave a speech “in the newly completed building. It was. called “From Tenement to Temple.” Meserve was instrumental in the initial efforts of organization of the Masonic Lodge and was the first Worshipful Master of the Lodge.
Originally the building entrance had sandstone columns supporting a small balcony. Rusticated quoins accentuated the two-story corners of the building, contrasting with the brickwork of the walls. In 1935, the temple was extended toward Cajon Street and the remodeling included a dining room, kitchen and first floor offices. The cornerstone was moved forward during this expansion process.

Originally the ground floor of the building was occupied by doctors. The second floor is the meeting hall and the third floor has locker rooms, closets and an organ loft. Hot water heating was featured in the building. The Redlands Review said, “The building shows that it conforms architectural style of accepted and ancient orders of architecture,”