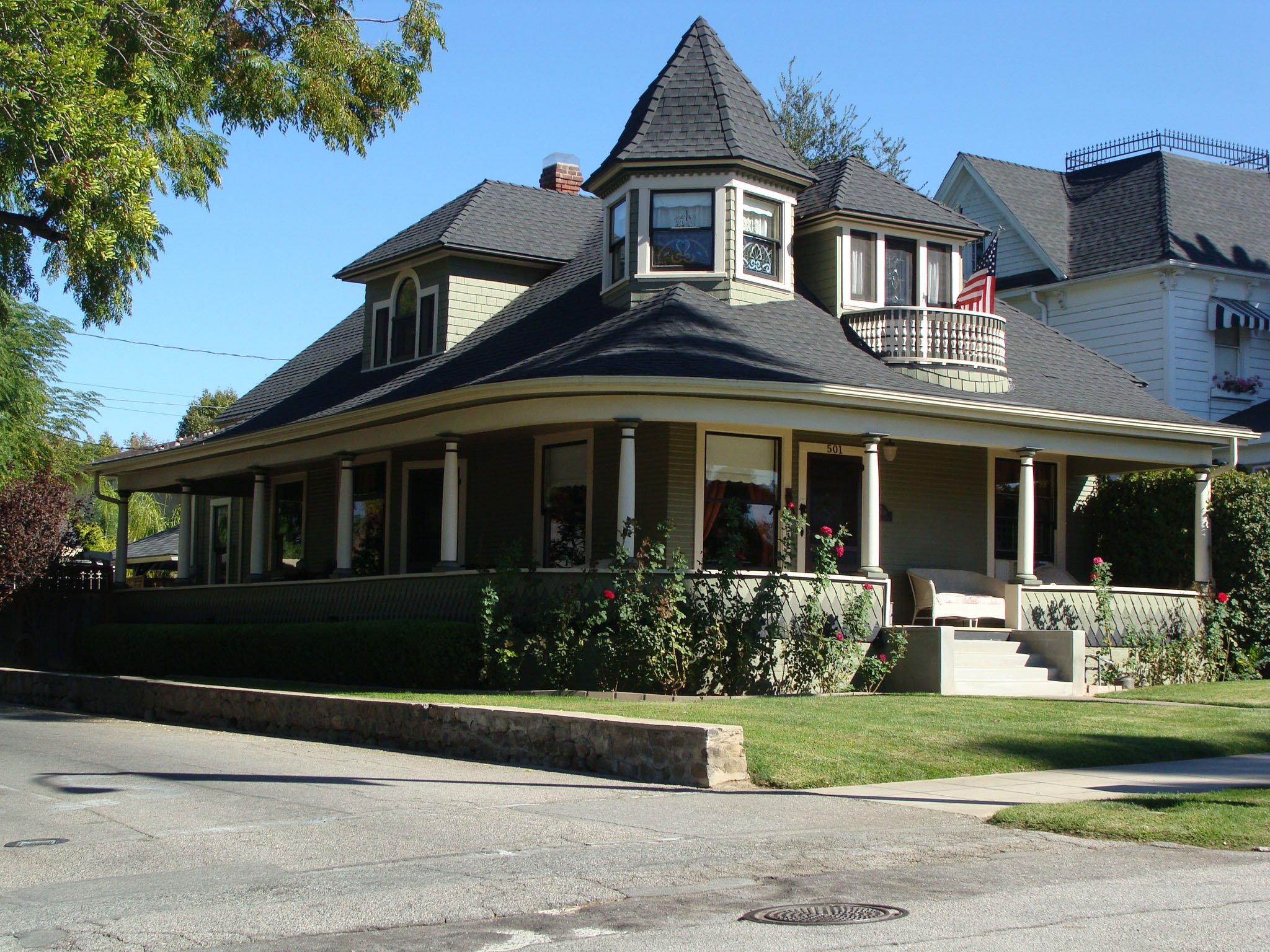 The house at 501 Cajon Street is an excellent example of a Queen Anne Cottage with its high hipped roof, two distinctive hipped dormers, and six-sided tower witches’ cap. They represent an eclectic mix of detail that adds a picturesque effect to the residence. The dormer facing Cajon Street includes a curved open balustrade and the one facing Home Place includes three windows with the center having a curved transom. The wrap-around first floor porch has round turned columns that sit upon an enclosed railing which features decorative diamond-shaped shingles that extend to the foundation.

A water easement for this property was secured in 1882, and a water right recorded in 1896 by Peter Fair and V. Houtan. Peter Fair was a zanjero with the Redlands Water Co. In 1901, for the cost of $2700, Peter and Etta Fair built a two-story 8 room house on this corner property. I. P. Miner was the contractor. The cottage was a rental property for many years, with Charles A. Ackerley, retired, as the first tenant in 1902-03. He was followed by Miss Orra Ferguson. Other tenants included Charles and Minnie Schmidt and their daughter. A period of vacancy followed until Louis and Elizabeth Ellrodt lived there from 1931-1941. The next long-time resident was Julia Pierce Wadsworth who owned the home for 20 years from 1947 – 1967. The home was then purchased by Dr. Ronald E. Jutzy and his wife and small daughter. In 1978, they sold to the present owners, Mr. and Mrs. Kenneth Finn. They have devoted their efforts to the preservation and restoration of this classic example of early Redlands.