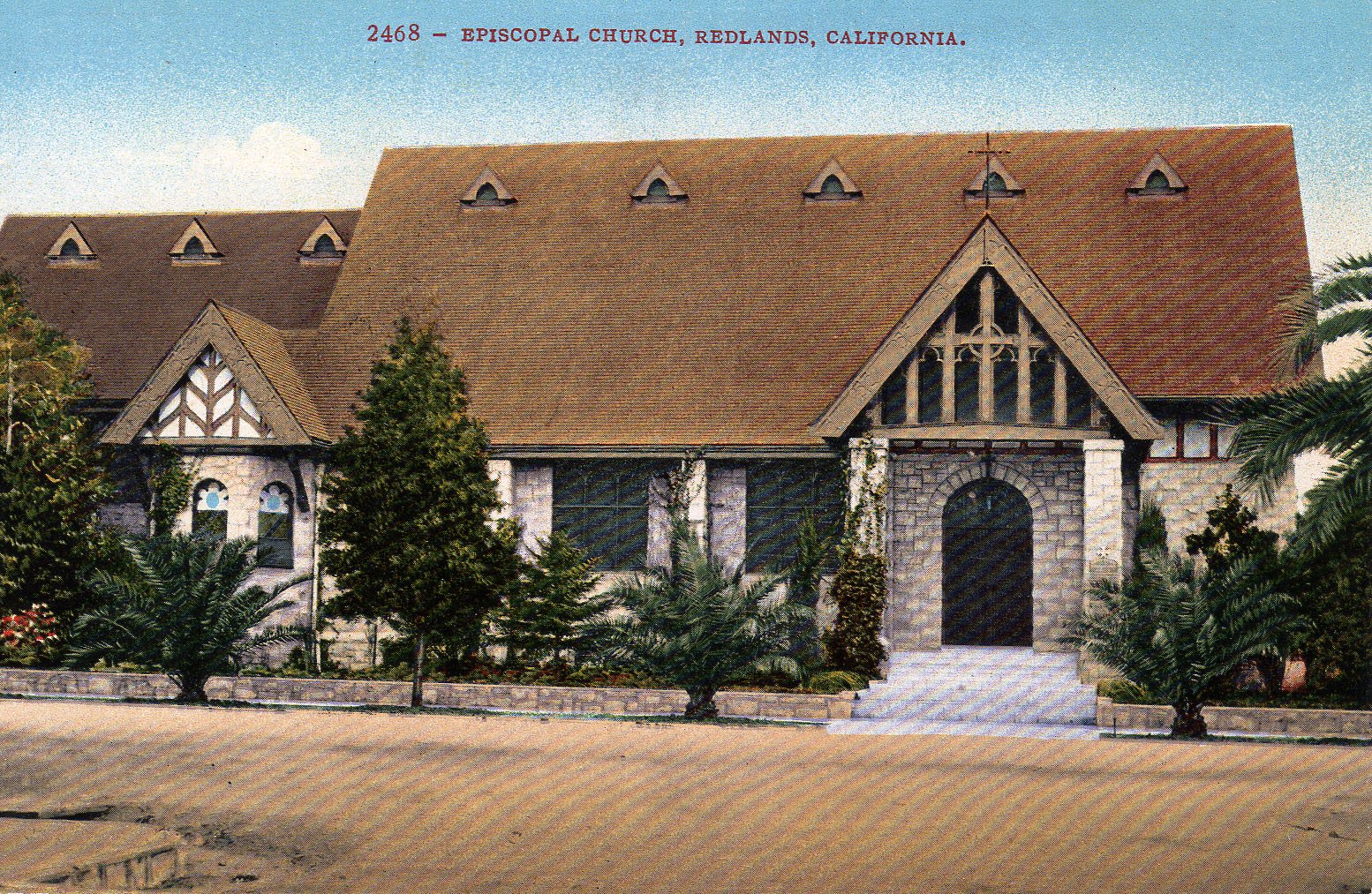 Trinity Episcopal Church, also known as the Burrage Memorial Church, – was the gift of Alice H. Burrage (Mrs. Albert Cameron). The Bur¬rages were Boston residents who lived in Redlands in the Winter. Mrs. Burrage provided a check for $20,000 for the building of a church as a memorial to her mother-in-law, Mrs. Aurelia Burrage.

The architect of Trinity Church was Daniel F. Willard of Riverside who was well mown. His original design called for a massive square tower over the main entrance in the English tradition, but it proved too expensive. The Taylor Brick Company of Redlands received the contract on the 5th of May 1903 for $19,680.
The ground was broken in 1903, and the cornerstone was laid on the 21st of July. The church was completed in the Spring of 1904.

The main features of this striking building are the steep-pitched roof, the handsome cut-granite stone, and the interior of hued redwood forming a Gothic-style support system with natural brick accent.