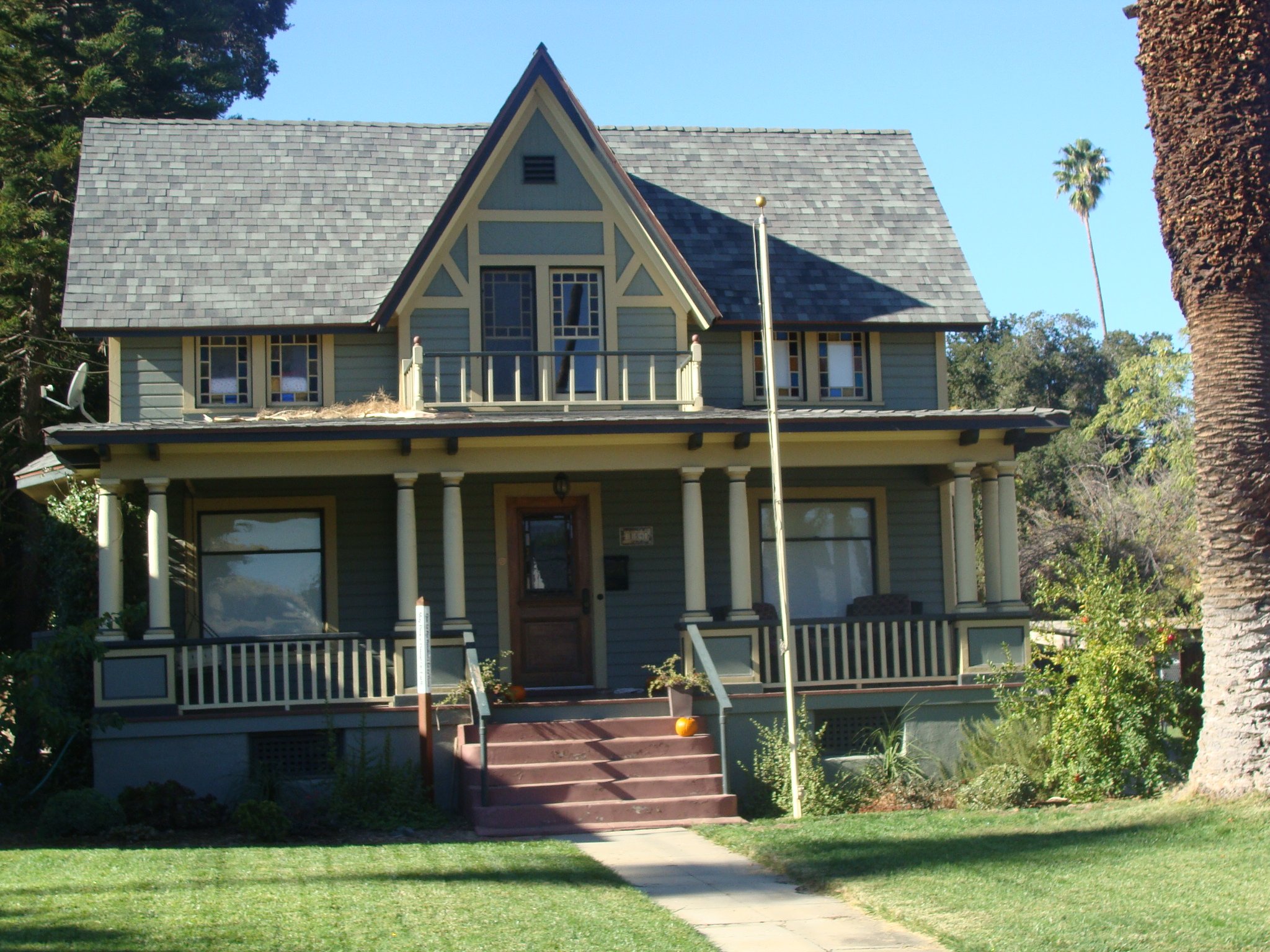 The Walter Lynn home was constructed in 1887. Walter Lynn constructed his own home on the present site of the A.K. Smiley Public Library. Walter and his brother, James M. Lynn, had a carpenter shop facing Vine Street and advertised, “Lynn & Lynn, Carpenters and Builders”. This family business built many of the early homes in Redlands and specialized in exterior detailed woodwork. Later this firm would be known as Lynn and Lewis, and would construct many of the mansions of present-day Redlands.

In 1896 this home was moved to 184 Eureka by Israel Beal, a noteworthy house mover of Redlands. The move was to make room for the library, which was completed in February 1898.

The home has gone through numerous owners until plans were revealed by the city in 1974 indicated future destruction. Mr. Dave Goodwin purchased the home and spent considerable time and money renovating the exterior and interior seven rooms.