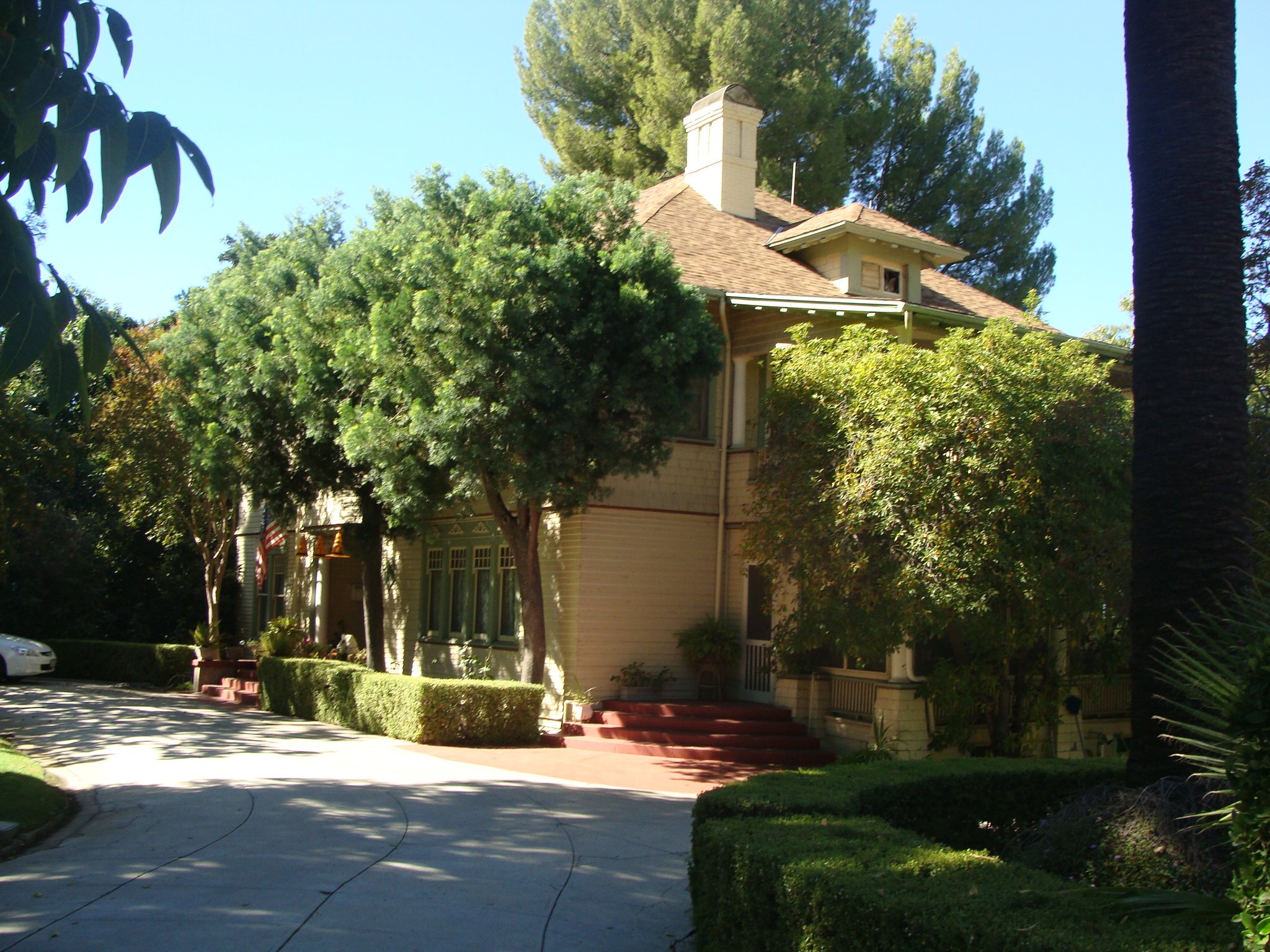 William Scott Crawford, who was born in Xenia, Ohio, came to Redlands with his wife, Isabella B. and daughter, Mary in October 1895 from Detroit, Michigan. Upon his arrival he commissioned Davis Donald to build his home on the corner of Highland Avenue and Cajon Street. Two years after their arrival in Redlands, Mr. Crawford died at the age of sixty-one and was buried at Hillside Cemetery. His wife and daughter continued to live in the family home until 1925. The Redlands City Directories show that Mary Crawford remained there in residence until 1933.

Other occupants of the home since 1933 include Martin Andersen, owner of Andersen Flume Gate Co., Charles Koelsche, a public school teacher, Orval Huffman, an orange grower, Dr. G. P. Wooley, a dentist, Mrs. Nellie Hildreth, who was listed as a reverend, and Allison White, a program co-ordinator for Lockheed Propulsion in Mentone. In 1984, the current owners, Dr. and Mrs. Steven Stewart purchased the property.

The Crawfords chose a Classical Box style for their home. The medium-hipped roof has projecting eaves with brackets. The 2-story structure has wooden shingles on the upper story and clapboard siding on the lower story with a wood molding separating the two types of building material. Below the roofline there is a, sawtooth-design, wood-shingle frieze. A second-story bay window is positioned below the two-window gablet dormer and above the recessed porch. The porch is supported by Ionic columns. The front door is off center and has an upper glass panel. A 35-pane window is located east of the door. There are six first-story windows on the front with decorated flatboard trim. One interesting decorative element of the structure is an oval-shaped window on the upper level with a spider-web design of the glass panes. Two porches, one on the upper level and one screened-in on the lower level, are located on the east side of the home. Both porches are supported by round columns and have stick ballustrade railing.

Other changes on the property include the addition of a pool and guest house in the 1960s. One important restoration project was the removal of the asbestos siding, which had been added to the exterior in 1950. A split-stone retaining wall surrounds the property, which has mature magnolia and Redwood trees. The home was included on the YWCA Home Tour in 1988.

Steven and Dona Stewart are to be commended for their attention to historic details and for their stewardship of this historic property, which is included in the recently designated West Highland Avenue Historic District.