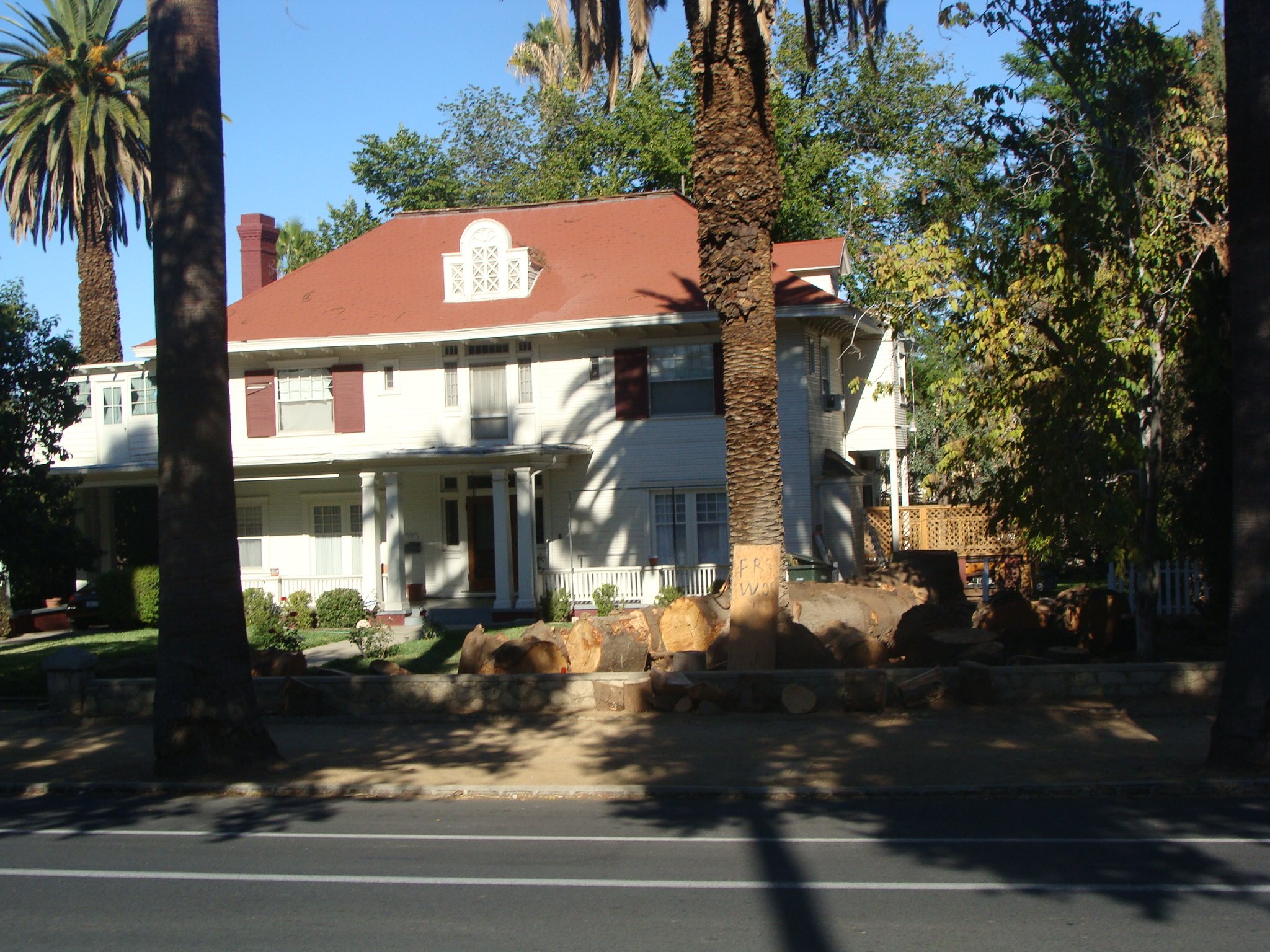 The house at 1048 W. Brookside was built, in 1906, for Winnifred Roberts, widow of John W. Roberts, founder of the National Bank of Colton. At the time of his death, in 1903, Roberts was president of both the National Bank of Colton and the San Bernardino National Bank. In 1906 Mrs. Roberts moved from San Bernardino to what was then 448 Brookside Avenue, next to her stepdaughter, Jennie W. Davis. Mrs. Davis was a local arts patron and garden lover. The Jennie Davis Park is located on nearby Redlands Blvd. The home at 1048 remained in the Roberts family until 1983.

A granite retaining wall with five carved granite entrance monuments provide a dramatic departure from the street into the lovely grounds. The two-story house is a Colonial Revival style, exemplified by the hip-roof, the pronounced entry porch, and the white, horizontal wood siding. The rectangular structure, sits on a brick foundation. The front porch is supported by tapered double columns of a square shape which became more commonin future Craftsman Style homes. Dramatic side panels and a tran­som with leaded glass panes surround the doorway. With a truncated shape at the top, the hip roof is pierced by three gable dormers, one centered in the front facade with Palladium windows. The arch in this dormer is a dramatic accent to the carved brackets under the roof eaves, a design common to Colonial Revivals.

Behind the main house is the original carriage house, topped off with a small cupola. Very probably this was the last carriage house built in Redlands.

Today’s owners, Mr. and Mrs. Raymond LeFevre, have made a re­markable restoration of this beautiful building and its grounds. A major feat was the removal of the giant hedge in front of the property, which totally obscured the handsome building. Surrounded as it is today by apartments, this home is a dramatic reminder of Redlands’ past.

The Redlands Area Historical Society is proud to honor this unique example of Redlands’ heritage and to commend the stewardship of its present owners.