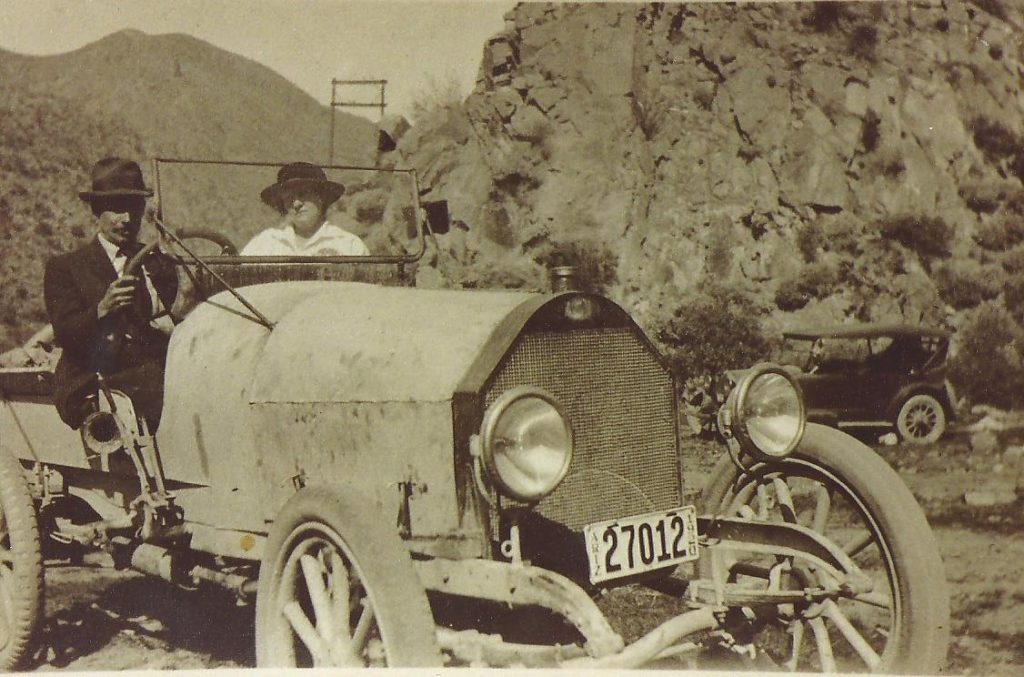 Local historian, Tom Atchley will present the Society’s February program on the history of Mill Creek Road on Monday, February 22 at 7:00 p.m. via Zoom.

Scipio Craig and The Citrograph newspaper followed later by the Redlands Facts led the charge to spirited Redlanders to lead the community to build a road to Bear Valley in 1888.  The building of the Bear Valley dam in 1883-1884 led to tourist interest to see the largest artificial reservoir in the USA and what some claimed as the Eighth Wonder of the World.

The only trail to the dam followed the Santa Ana River Native American track to the Seven Oaks Pack Trail to Bear Valley.  This trail became a wagon road built first by the Bear Valley Irrigation Co. 1891-1892 and then the Southern California Power Co. in 1897.  Gus Knight and Hiram Clark formed a toll company in 1899 and continued the wagon road to Bear Valley over Clark’s Grade on August 9, 1899.

In Mill Creek a series of lumber mills were built beginning in the 1840s with crude roads to haul out lumber.   The Mormon settlers of San Bernardino built a better road to their mill site at Forest Home in 1863.  Later floods erased all the lumber roads.

Forest Home Outing Co. was organized in 1905 with Frank Culver Sr.  Culver spoke to the Redlands Chamber of Commerce convincing them the $25,000 in products purchased from Redlands each season would increase business if a better road was built.  The Chamber hired Isaac Ford, civil engineer, to survey a road to Bear Valley avoiding the infamous 20% grades of Clark’s Grade.  Ford completed the survey showing building a road up Mountain Home Canyon would avoid the floods of the Santa Ana River.

County Supervisors purchased the City Creek wagon road in 1911 which was a lumber toll road built by logging mills.  The route to Bear Valley followed a circuitous road to Fawnskin entering Bear Valley from the west.  The road was closed into late spring with snow drifts lasting along the north face of Butler Peak.

Redlanders descended upon the County Board of Supervisors demanding equal funding for a road up Mill Creek.  Redlands, Highland and San Bernardino all wanted mountain access especially when automobiles entered the debate.  The Good Roads Committee in Redlands was led by influential men of means that lobbied the county supervisors.

The mountain road war became a battle to retain the county prisoners to build and maintain roads within each canyon.   Supervisors made promises that became forgotten when new supervisors represented each district.  The bitter rivalry grew worse with each road.   The Rim of the World Highway with 101 miles of mountain road opened in 1915 advertising the wonders of the mountains.

Redlands retained a long memory in the road building battle.  This led to the County funding the Mountain Home Control Road in 1913-1914.  That road led to further improvements of Clark’s Grade.  The Redlands Chamber financed $1000 for gravel to reduce dust in 1923.   Glen Martin to Barton Flats was built in 1933 to South Fork Campground.  The state abandoned the Mountain Home Canyon route in 1951 with a high-gear road across the north side of Mt. San Bernardino.

The last stage of the road survey by Isaac Ford in 1906 was completed in 1961.  Redlands met Big Bear City at Onyx Peak on August 12, 1961.  Two more modernization contracts in Mill Creek Canyon brought the road to completion in 1978.    The ninety years since being promoted in 1888, Redlands achieved the road and opened the Redlands-Big Bear Freeway called Highway 38.

Tom Atchley is a local historian and retired Redlands High School teacher. He serves on the Historical Society Board of directors and has been president several times. Tom is known for his vast knowledge of local history and his humorous presentations. His presentation will be by Zoom on Monday, February 22 at 7:00 p.m. The program is free but registration is required at the following link: 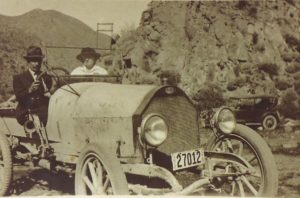