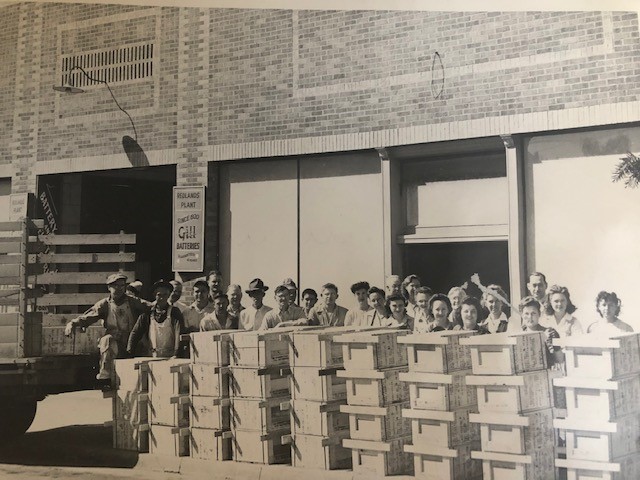 The Society’s first program of 2021 will be given by Kathleen Beall on her grandfather, Walter L. Gill, founder of Gill Battery in Redlands, In 1968, the Prospect Park Book referred to Gill Battery as, “perhaps Redlands’ oldest industry.” Today, on its 101st anniversary in the year 2021, the Gill Battery is still manufactured in Redlands by Teledyne Battery Products under the Gill Battery product name. Millions of batteries have left this town proudly stating “Made in Redlands, CA USA” and can be found in aircraft around the world, in space, and in the middle of military conflicts through the ages.

The Gill Battery story, however, is indeed a story of a man, Walter Lawrence Gill, 1900-1984. Overcoming tremendous obstacles, he developed and patented a battery that revolutionized the battery world, creating one of the first batteries without separators and later the first dry charge battery. These inspirations eventually led to more than 40 patents in his lifetime.

Kathleen Beall originally presented this program in January 2000 – the first RAHS Power Point program. Please join us twenty years later for this first meeting of 2021 with a look back into the past with an updated program as we learn more about the man, his eccentricities, his various inventions, and the importance of these inventions even today, as well as perhaps Gill’s greatest invention which is in every aircraft in the world.

Kathleen Beall is a native Redlander and 4th generation of her family to call Redlands home. She is a 42 year RAHS member, having been given her first membership as a Christmas gift by the late Sue Hills. Kathleen is a former 2+ term board member of RAHS, in addition to being a former member of the Heritage Awards Committee. Kathleen and her three sons have been active advocates for local historic preservation of the Burrage Mansion, the Save the MOD movement, the former La Rosita (now Starbucks) building, Crystal Springs, and her sons have been members of the Save the Zanja Committee as researchers, photographers and co-authors of the book as well as recipients of the History Channel Grant. Her sons founded the Redlands Junior Historical Society while at RHS. Kathleen has been a featured speaker about design and historic preservation during Redlands Heritage Week.

Kathleen is a former volunteer architectural surveyor for the City of Redlands Historic Inventory Project of the 1980s: in high school she was a member of and later, an advisor for the Kimberly Juniors. A 1981 graduate of RHS, in 1984 she received her degree in Environmental Design from U.C. Davis and is a professional certified interior designer. She is a nationally awarded and published design thought leader specializing in historic preservation and contemporary design trends. Her design work includes historic restoration by invitation of the cities at the Greystone Mansion in Beverly Hills and the Wattles Mansion in Hollywood, as well as many local Redlands historic properties.

A lifelong genealogist, Kathleen currently serves as the historian for the Jamestowne Society California Company and is a member of several genealogical societies through both sides of her parents’ families, including that of her grandfather W.L. Gill. She is a volunteer with Find-A-Grave at Hillside Cemetery in Redlands. Kathleen has conducted research on American decorative arts going back 400 years and in 2019 completed an exhibit on 17th century silver in the colonial Mid-Atlantic at Dumbarton House in Washington, D.C.

Historical Society programs are free and open to the general public. We are in for a treat as Kathy shares with us the history of Gill Battery founded by her grandfather, Lawrence, in 1920 (since 1966 the Teledyne Company).

To register in advance for the meeting please go to: https://us02web.zoom.us/webinar/register/WN_nMVu3kTTTqqEqNhIIomKkA 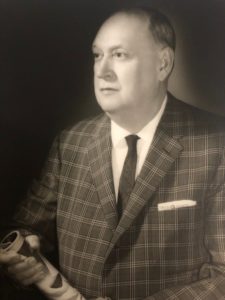