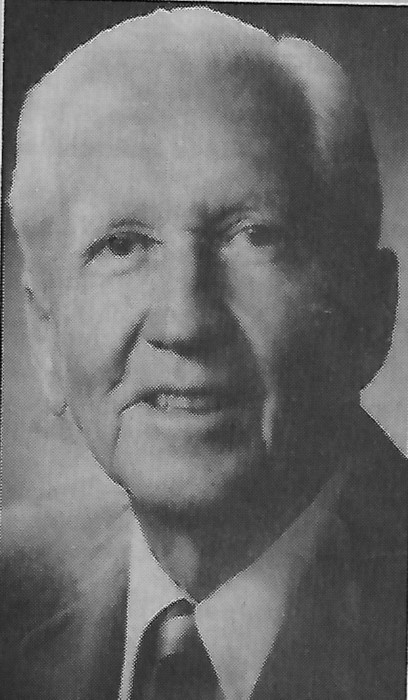 The flag at City Hall was ordered to half-staff  this morning by the mayor in honor of William G. “Bill” Moore, lifetime resident and supporter of Redlands and one of its best known citizens for more than 50 years. Moore died about 4 p.m. Monday afternoon in the intensive care unit of Redlands Community Hospital following complications from head injuries resulting from a fall November 21 in his home. He was 85.

Moore was publisher and co-owner with his brother Frank Moore of the Daily Facts from 1942 to 1981. His funeral service will be 3 p.m. Thursday, November 30, at Trinity Episcopal Church, with the Rev. Henry Dittmar officiating, and historian Larry Burgess, director of the A.K. Smiley Public Library, speaking on Moore’s life. Interment at Hillside Memorial Park will be private Friday morning at 10 a.m. 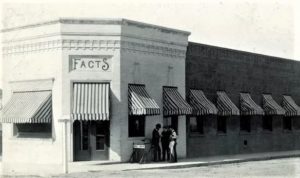 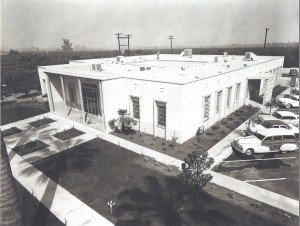 Moore, a Redlands native, was Redlands Man of the Year in 1973 and served as president of the A.K. Smiley Public Library Board of Trustees, of the Redlands Community Hospital Board, and of the Redlands Country Club, and was on the boards of the Redlands Community Music Association, University Winter Concert Series (now Redlands Symphony), Redlands Chamber of Commerce, local American Red Cross, and the Beaver Medical Clinic Foundation. He was a delegate to four nation Republican conventions: 1948, Dewey; 1956, Eisenhower; 1960, Nixon; and 1964, Goldwater, and he was a Daily Facts reporter at the 1948 Democratic convention that nominated Harry Truman, and at the 1952 Republican convention that nominated Dwight Eisenhower.

After the Daily Facts was sold to the Donrey Media Group in 1981, Moore founded and generously endowed the Moore Historical Foundation which has published eight books. Moore was the author of “Fun with Fritz” and his immensely popular “Redlands Yesterdays, a Photo Album…1870-1920,” which sold 5,000 copies before going out of print. 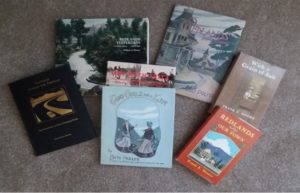 Bill and brother Frank Moore were indelibly linked in the public mind and, although in their 80’s, continued to be called “the Moore boys.” They were not only co-owners of the Facts, they wrote the daily “Grain of Salt” column under a joint byline and married Cook sisters, Josephine and Sidney. 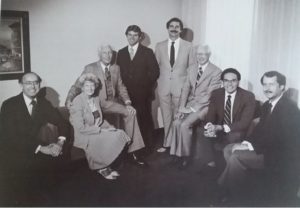 Members of the Moore Historical Foundation