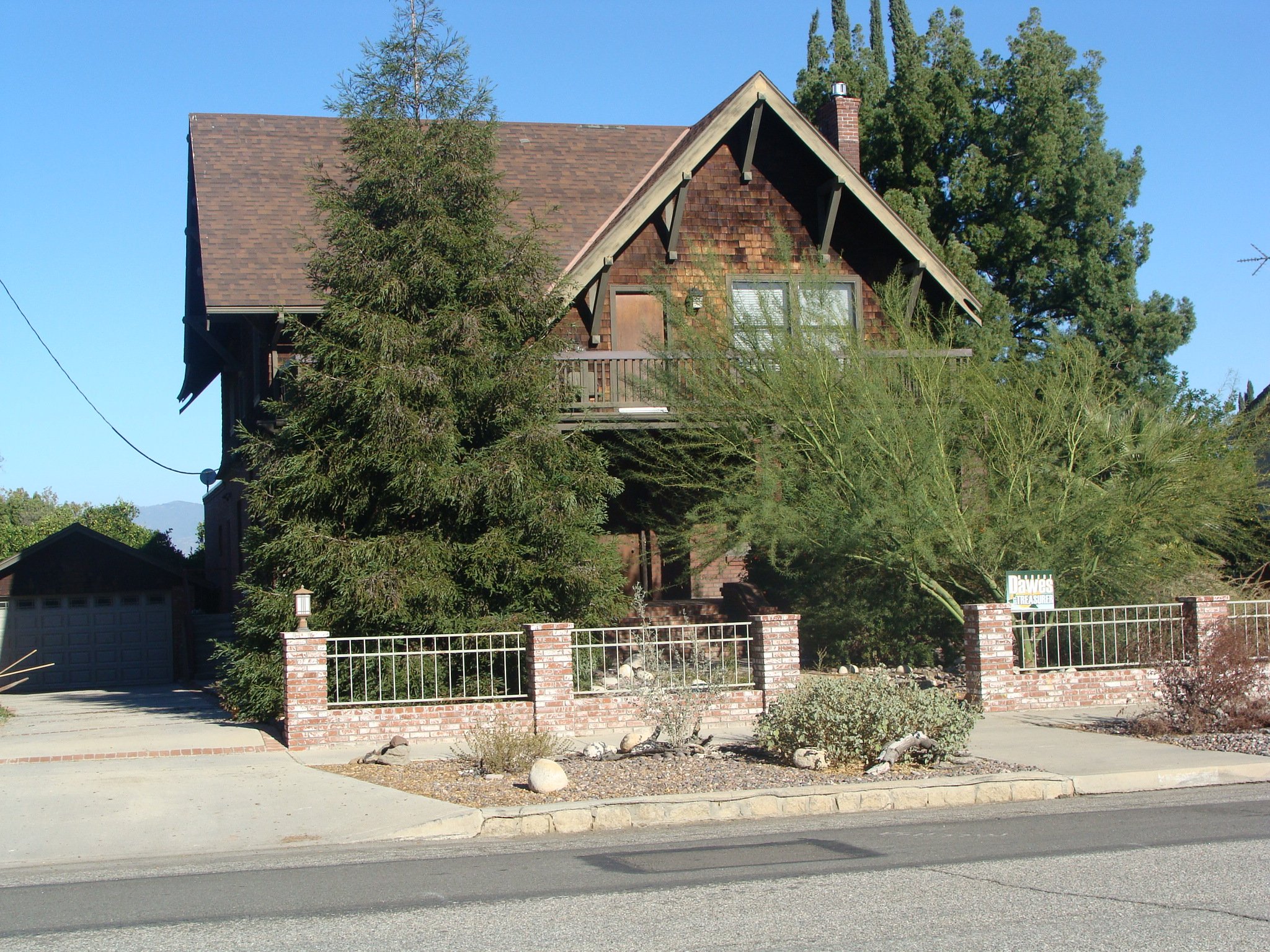 Albert Edwin Taylor, a native of Canada, came to Redlands on June 11, 1882. A steamfitter by trade, he became a bricklayer and contractor after moving here. He built the first house in the town of Redlands in 1884. Following this, he took many contracts for building brick blocks and for constructing stone and brick foundations. He was foreman on the construction of the Bear Valley Dam. Active in civic affairs, he was associated with the building of many of our most historic buildings, among them the Academy of Music, the Phinney Block, and McKinley School. 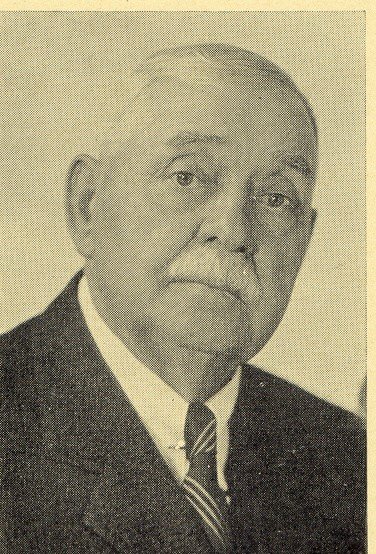 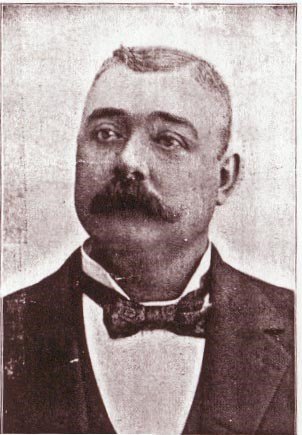 In 1884 he married Nellie Gowland, also from Canada. They established their home in Redlands, living first on Fourth Street, then, in 1907, they built the home at 1240 W. Olive at a cost of $2,000. At first this home also served as the office of the Taylor Brick Company; then, in 1909, this office was moved. The land in the vicinity of Lakeside and Olive provided the material for the brickyard. There were orange groves around the property and the brothers, A. E. and Joseph Taylor, discontinued the partnership in the brick company. A. E. remained as president of the company and Joseph devoted himself to orange growing. A. E. Taylor died in 1942, his wife Nellie eighteen months later. Their unmarried daughter Edith continued to live there until 1962, when she sold the home.

In 1962 Dr. and Mrs. Clarence Paul bought the home from Edith Taylor and are living there now, having raised their family in this home.

This impressive home is built in the Prairie style, popular between 1905 and World War I. It was a style developed around Chicago and was associated with Frank Lloyd Wright. There were plans for the many eclectic variations of it available by mail order. This home is large, solid, high off the ground, and very beautiful. Brick has been used throughout for its base. The first floor, the pillars, the planter boxes, and the low railings leading up the seven steps to the front porch are all dark red brick. The second floor is of dark brown shingles. The balcony across the front of the house is built of heavy wood, also stained a dark brown. There is a tall, slender brick chimney tied to the second story roof with wrought iron. A large, very plain front door is set in the middle of the home and is f1anked by two very plain, rectangular windows with slate sills. The roof is high, hipped with deep overhanging eaves, also a characteristic of the Prairie style. On the second floor a window and a smaller version of the front door lead onto the balcony. To balance these, another larger window is placed on the other side of the balcony. A one-story brick addition in the back of the house conforms exactly with the original home.

Massive, serene appearing, and confident all describe this home. Some fifty orange trees are still on the property and the rest of the grounds are beautifully kept. Dr. and Mrs. Paul have shown their love and admiration for this home in the way it has been maintained and made more comfortable for today’s world.

They are to be commended.­