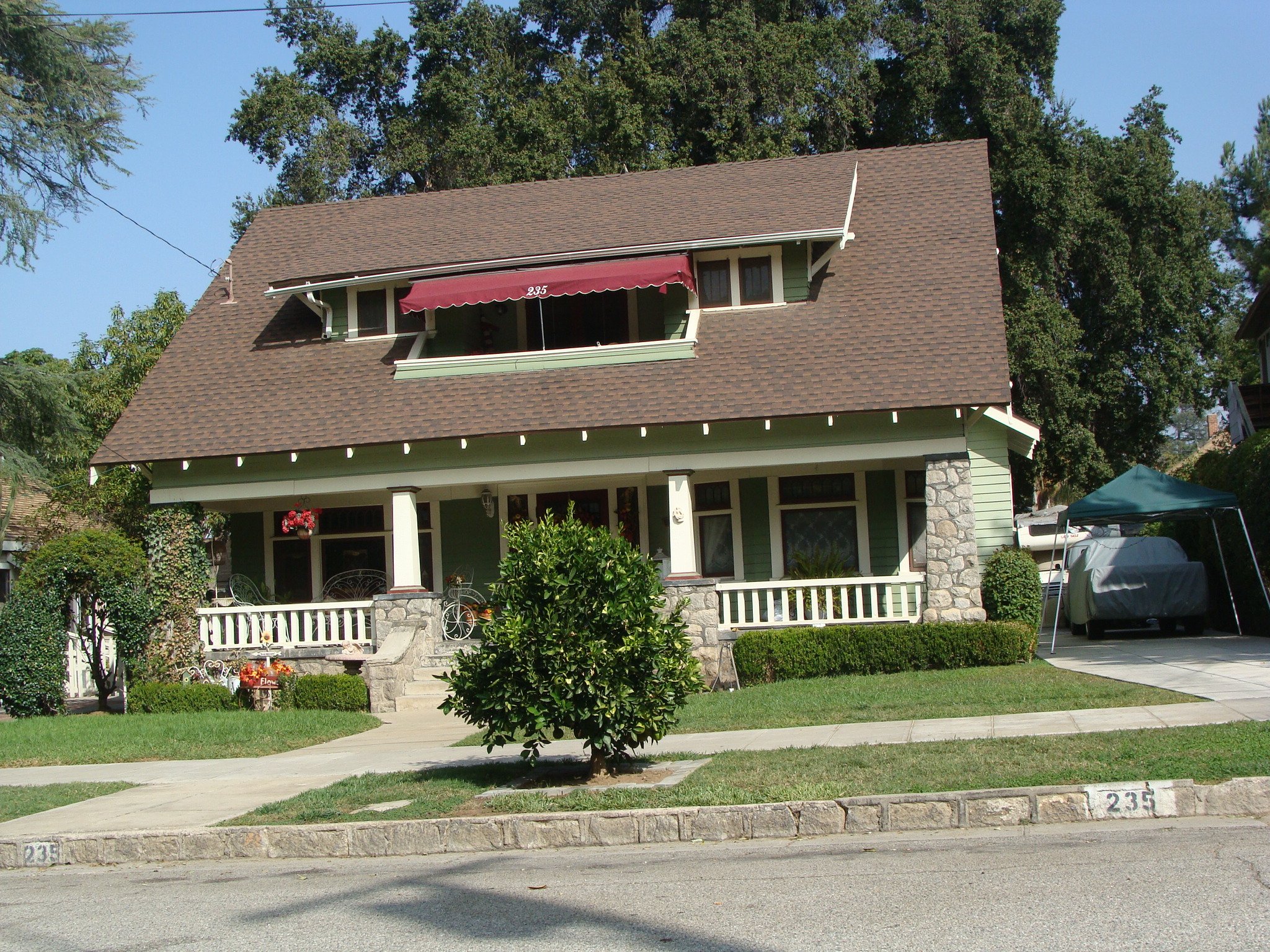 This lovely home was built in 1908 by Sherman A Roberts. He was owner, architect, and builder. The cost was $2000.00. Mr. Roberts used lumber and stone which gave his home a sense of warmth and beauty. Building permit lists one story and an attic, altogether five rooms.

One of the most interesting features of the house is the use of stone or rock. On either end of the front porch are stone columns, the low step railings are stone, the two wooden posts, that help support the porch, have stone piers, and the foundation of the porch is stone. This gives the house a very solid, secure look. Another interesting detail of the house are the transoms and windows. The west side, or front, has a set of windows in the northwest comer with transoms of slender panes of glass with points at the top. This is carried over to the bay window in the southwest portion of the house. The north side of the house has a three sash window on the top level with glass panes similar to the transoms. On the south side first floor, the building projects out and contains a window of similar slender panes.

In 1922 Sherman D. and Nettie A. Woodhull owned the home. He was a foreman for Davis Donald. From 1942 to 1946 the home had five different owners and the house was used as a rental. In 1946 Everett and Goldia M. Phelps purchased the home He was employed by Redlands Pest Control. By 1961 the directory only listed Goldie Phelps and by 1975 there was another new owner, Ernest Meekins. The Meekins lived in the home a few years and it is believed it was used as a rental until the present owners, Jerry and Cynthia Torres bought the home in 1984.

Other interesting features of the home are: the open sleeping porch on the top story, a centered wooden door with two small square windows at the top, each containing four square panes. On either side of the door are glass side lites. On the north side the building projects out, on the first floor, and has a shed like roof. A three sash window has panes of glass with a tulip design.

The Torres family moved from Highland. Mrs. Torres wished to live in a older home and be a part of an older established neighborhood where schools, shopping etc. were close to the house. The Torres family has been a part of Redlands history for over three generations. We are glad they chose to return and maintain this fine home.

The Historical Society is pleased to present this award to Jerry and Cynthia Torres.