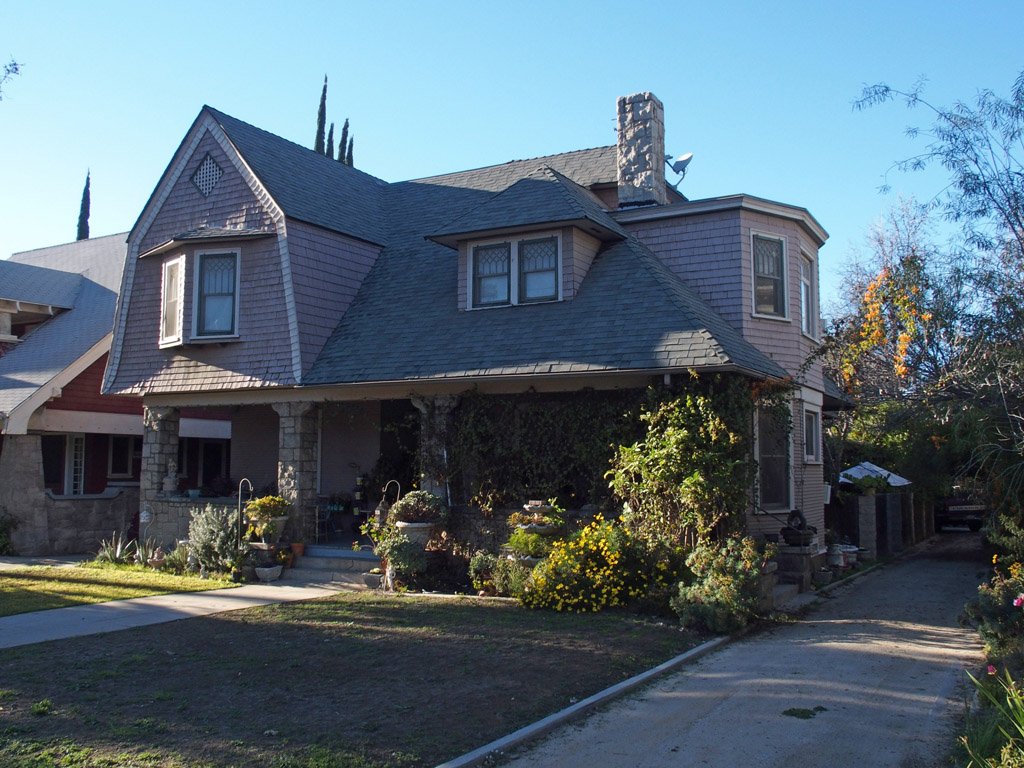 Built at a cost of $3,700 in 1903, for L. E. Kiefhaber and his wife Lillie, the home was designed by Lynn and constructed by builder J. E. Fairchild. During the construction, Mr. Kiefhaber manager of the Newport Lumber Company on Orange Street, chose the wood to be used and picked out the interior redwood in Northern California.

The shingle-style structure,with traces of Queen Anne design, is highlighted by a gambrel gable containing a two-sided bay window, a hipped dormer, and a two-story bay. The first floor has. channeled siding, and cut-stone pillars arise from the stone foundation surrounding the front porch. Center steps lead to the front door which has a glass panel and leaded glass side-lights. Windows are double-hung with those on the first floor having leaded glass in the top panel and the second floor having wood mullions in the same pattern in the top panel. The east side of the house is highlighted by a cut-stone chimney and a bay. Decorative shingles accent the eave line.

In 1906, the house was sold to its builder, Fairchild, and subsequently to several other owners and was used as rental property until 1920. From 1918 until 1920 it was rented by A. H. Collins who had originally come to Redlands in 1902 as principal of McKinley, Kingsbury, and Lowell grammar schools. While he lived in this home, he was registrar and a professor in the history department at the University of Redlands.

In 1920 the house was purchased by Franklin K. Arthur and his wife Helen. At the time he was city editor of the Redlands Daily Facts and eventually founded Arthur Commercial Press. The Arthur family continued ownership until 1975 when the home was purchased by Ronald and DeAnne Jennings.