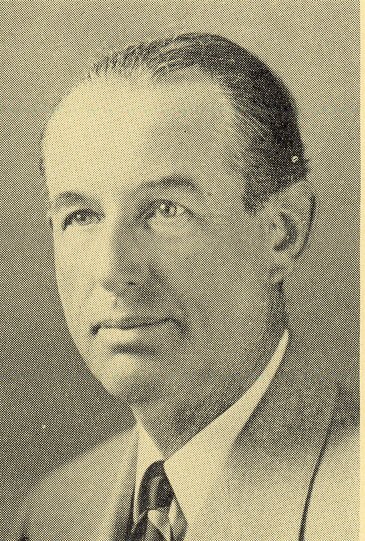 FRED C. FOWLER, who conducts Redlands senior clothing store for men, has held only three private jobs since 1902. But his services to civic organizations and the community have been many. It was 47 years ago that Fowler came to ­Redlands. It was 18 years ago that he estab­lished his own business in the south half of his present location, 105-107 Orange street. His establishment has outlived all others of the kind that were operating then.

Mr. Fowler was born in Caldwell County, Missouri, on Feb. 11, 1885. He had been in school only six months at Kidder, Mo., when he moved to Redlands with his mother, arriv­ing Sept. 24, 1891. Fred lived with his mother on Terracina Boulevard and enrolled at Bar­ton school in the first year of its existence. He finished the elementary grades at Mission school, then attended Redlands High School.

An uncle, A. C. Fowler, pioneer orange grower, had come to Redlands in 1882. It was his encouragement that brought Fred and his mother to Redlands. During high school years Fred worked in the Bryn Mawr packing house of Henry Fuller and C. A. Puffer. After concluding his education he landed his first steady job as a clerk for the Newberry, Hayward & Barrows grocery, which conducted a large business on West State Street where Dan F. McEwen’s furniture store is today.

After three years in the grocery, Fowler started a 15-year career with the men’s cloth­ing firm of Reid & Findlay. In October, 1920, he entered business for himself at 105 Orange street, doubled the establishment in 1926, and has continued the business since.

There was a period in which a military career appealed. Mr. Fowler joined Redlands’ own Company G in 1902 and in the succeed­ing six years served the unit as quartermaster sergeant. He left the company, but in 1910 qualified for a lieutenant’s commission on the regimental staff of the Seventh California infantry, which had headquarters in Los An­geles. He kept that position two years.

In 1911 he was married to Mildred L. Thornquest, who had come to Redlands from Alaska in 1907. They have a daughter, Del­phine, who is a junior at the University of Redlands.

Three organizations have acclaimed Fowler as their leader. He was exalted ruler of the Elks club (1915-16) and remains as a trustee; president of the Rotary Club, 1933-34; and for two years was president of the Business Men’s Association. He has been a Chamber of Commerce director for 15 years and chair­man of the publicity committee. He has been a director of the Y. M. C. A. and the House of Neighborly Service. In Trinity Episcopal church he is vestryman and senior warden. For five years he was treasurer of the Red­lands Boy Scout council.